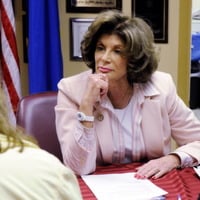 Shelley Berkley Net Worth: Shelley Berkley is an American politician who has a net worth of $8.4 million. Born Rochelle Levine on January 20, 1951 in New York City, she is best known for serving as the U.S. Representative for Nevada's 1st congressional district, from 1999 until 2013. A member of the Democratic Party, she is ranked by Democrats as the wealthiest Nevada lawmaker, as well as one of the richest members of the House. This happened in part thanks to assets held by her husband, Dr. Larry Lehrner, a renowned nephrologist in Las Vegas. Ever since Berkley married Lehrner in 1999, the couple has been investing in real estate like two properties in Pahrump and two townhouses on Capitol Hill in Washington. These aside, the majority of the assets are under Lehrner's name and they include medical offices and dialysis units in Las Vegas, as well as various properties in Southern Nevada and extensive stock investments. Berkley, who was an unsuccessful candidate for U.S. Senate in 2012, reported riches estimated at least $8.4 million. But the above sum doesn't include the value of personal homes, autos or the $174,000 lawmaker's salary. To date, as Berkley's largest investment is considered the Capitol Hill townhouse which serves as her residence when Congress is in session. According to online property records, it is valued at $1.3 million.