Scott Peters net worth: Scott Peters is an American politician who has a net worth of $200 million. He is currently a United States Congressman and is a member of the Democratic Party. Early in his career, he served as an economist on the staff of the Environmental Protection Agency (EPA) and then earned a law degree from the New York University School of Law.

He went on to work as an environmental attorney in a private practice where he gained recognition in a lawsuit against a local shipbuilder. From there, he was elected to the San Diego City Council and served two terms. He was then appointed to the Port Commission from 2009 through 2012 and was elected to the US House of Representatives in 2012. He was born in Springfield, Ohio on June 17, 1958 and was raised in Michigan. His father worked to improve race relations in Detroit during the 1960s and was involved in the housing desegregation efforts during that time. He received his undergraduate degree from Duke University and a law degree from the New York University School of Law. He has lived in La Jolla, California for more than two decades and has served on various community and nonprofit organizations over the years, including the San Diego Regional Economic Development Corporation, CleanTECH San Diego, the San Diego Foundation's Climate Initiative, the California Coastal Commission, and the UCSD Chancellor's Community Advisory Board. He and his wife, Lynn Gorguze, have one daughter and one son and the family's $112 million net worth has been earned primarily through venture capital investing. As of 2014, Peters is one of the wealthiest members currently serving in Congress. 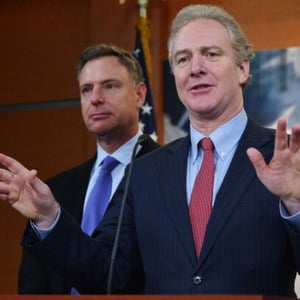