Rod Blagojevich net worth: Rod Blagojevich is an American former politician who has a net worth of $100 thousand dollars. He is the former Governor of Illinois and a convicted felon. He served 8 years of a 14 year sentence for soliciting a bribe. His sentence was commuted four years early in February 2020 by President Donald Trump.

Rod Blagojevich was born in Chicago, Illinois in December 1956. His father was a Serbian immigrant who moved to Chicago. As a teenager, Rod worked as a pizza delivery boy and at a meat plant. He was also a shoe shiner and dishwasher. He graduated from Northwestern University and earned his Juris Doctor from Pepperdine University Law School. Rod was an amateur boxer who was undefeated before losing in the finals of the Chicago Golden Gloves tournament.

Blagojevich served as member of the United States House of Representatives for Illinois' 5th district from 1997 to 2003. In 2003 he became the 40th Governor of Illinois. He served until 2009. He served as a Democrat and was the first to win Illinois Governor in 30 years. He was convicted of corruption which included soliciting bribes for political appointments. Those appointments included the 2008 vacant U.S. Senate seat that belonged to Barack Obama who had recently been elected President.

Rod was arrested by federal agents under the direction of the US Attorney. He was impeached by the Illinois House and Senate in 2009. Blagojevich was sentenced to 14 years Federal Correctional Institution in Englewood in Colorado. He served 8 years. He is married to Patricia Mell and has two children. 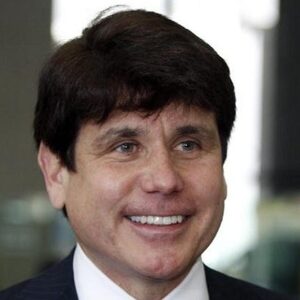