Robert Reich is an American political economist, professor, author and political commentator who has a net worth of $4 million. Robert Reich was Secretary of Labor who served under President Bill Clinton. Robert Reich was born on June 24, 1946 in Scranton, Pennsylvania. He graduated from Dartmouth College where he earned an A.B.

suma cum laude in 1968. He then won a Rhodes scholarship to attend Oxford University to study Philosophy, Politics, and Economics. He went on to receive a J.D. from Yale Law School. He is the current Chancellor's Professor of Public Policy at the University of California, Berkeley. Some of his past educational positions include former professor at Harvard University's John F. Kennedy School of Government as well as a former professor of social and economic policy at the Heller School for Social Policy and Management of Brandeis University. He has formerly served as a contributing editor for The New Republic, The American Prospect, Harvard Business Review, The Atlantic, The New York Times and The Wall Street Journal. He is the author of 14 books, and a political commentator on such well-known news programs as Hardball with Chris Matthews, This Week with George Stephanopoulos, CNBC's Kudlow & Company, and APM's Marketplace. 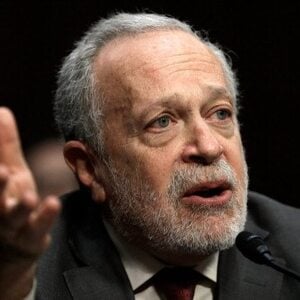