Pete Buttigieg net worth: Pete Buttigieg is an American politician who has a net worth of $250 thousand. He is running for the 2020 Democratic Presidential nomination.

Early Life: Pete Buttigieg was born in South Bend, Indiana on January 19, 1982. He is the only child of Joseph and Jennifer Anne Buttigieg. His father is from Malta and studied to be a Jesuit priest before emigrating to the U.S.  to become a professor of literature at the University of Notre Dame in South Bend, Indiana. His father was a professor at Notre Dame for 29 years. His mother's family has lived in Indiana for generations. Buttigieg attended St. Joseph High School in South Bend where he was valedictorian of the class of 2000. During his senior year, he won first prize in the John F. Kennedy Presidential Library and Museum's Profiles in Courage essay contest. His essay was about the integrity and political courage of then U.S. Representative Bernie Sanders of Vermont. He was one of only two independent politicians in Congress. Buttigieg traveled to Boston to accept the award and met members of the Kennedy family including Caroline Kennedy.

Buttigieg attended Harvard University where he majored in history and literature. He was president of the Student Advisory Committee of the Harvard Institute of Politics. He worked on the institute's annual study of youth attitudes on politics. His undergraduate thesis, titled The Quiet American's Errand into the Wilderness, was on the influence of puritanism on U.S. foreign policy as reflected in the novel The Quiet American by Graham Greene. Buttigieg graduated Phi Beta Kappa from Harvard in 2004 and was awarded a Rhodes Scholarship.

In 2007, he received a B.A with first-class honors in philosophy, politics, and economics from Pembroke College, Oxford. While at Oxford, he was the editor of the Oxford International Review as well as co-founder and member of the Democratic Renaissance Project, a debate and discussion group of Oxford students.

Career: Buttigieg worked as a conference director of The Cohen Group from 2004 to 2005. After earning his Oxford degree, he took a job as a consultant at the Chicago office of McKinsey & Company. He worked on energy, retail, economic development, and logistics for three years. His clients at McKinsey included Blue Cross Blue Shield of Michigan, Best Buy, as well as several government agencies including the EPA, Energy Department, Defense Department, and Postal Service. Buttigieg took a leave from McKinsey to become a research director for Jill Long Thompson's unsuccessful campaign for governor of Indiana. He left McKinsey in 2010 to focus full time on his campaign for Indiana State Treasurer.

Buttigieg has also worked with the Truman National Security Project since 2005 as a fellow with expertise in Afghanistan and Pakistan. He was named to the organization's Board of Advisors in 2014. 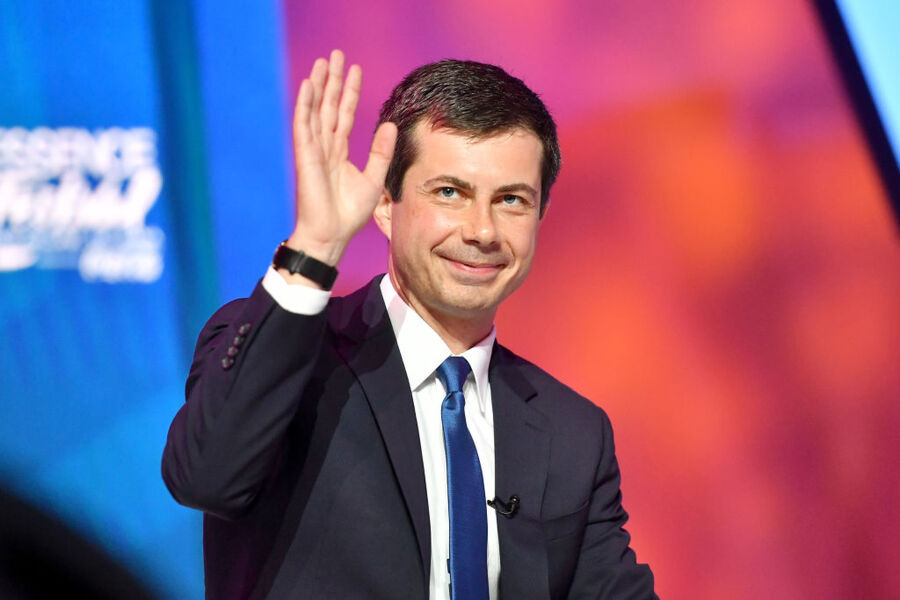 Military Career: In September 2009, Buttigieg joined the U.S. Navy Reserve through the direct commission officer program. He was sworn in as an ensign in naval intelligence. In 2014, he took a seven-month leave as Mayor of South Bend to deploy to Afghanistan. He was part of a unit assigned to identify and disrupt terrorist finance networks. He also worked as an armed driver for his commander on more than 100 trips from Bagram Air Base to Kabul. While serving in Afghanistan he learned some Dari, a dialect of the Persian language spoken by locals in the region. Buttigieg was awarded the Joint Service Commendation Medal and the Joint Meritorious Unit Award. He was honorably discharged from the U.S. Navy Reserve in 2017.

Political Career: Buttigieg unsuccessfully ran for State Treasurer of Indiana in 2010. Buttigieg became the 32nd Mayor of South Bend in January 2012. He took office in January 2012 at age 29, becoming the second-youngest mayor in South Bend history—and the youngest mayor of a U.S. city with at least 100,000 residents. In November 2015, he was elected to his second term as mayor with over 80% of the vote. In December 2018, Buttigieg announced that he would not seek a third term as mayor of South Bend.

Buttigieg is a candidate for the Democratic Party's nomination for the 2020 presidential election. If nominated, he would become the first openly LGBT president of the United States. He supports universal healthcare, universal background checks for firearms purchases, labor unions, federal legislation banning discrimination against LGBT people, protecting the environment by addressing climate change, and the Deferred Action for Childhood Arrivals program.

On June 16, 2018, Buttigieg married Chasten Glezman, a junior high school teacher. They had been dating since August 2015 after meeting on the dating app Hinge. They got engaged in December 2017. They married in a private ceremony at the cathedral of St. James in South Bend. Chasten took his husband's name.

Buttigieg taught himself to speak some Norwegian and also has some knowledge of Spanish, Italian, French, Maltese, Arabic, Dari, and Persian, as well as his native English.

Salary Highlights: As Mayor of South Bend, Indiana Pete Buttigieg earned a salary of $149,000. According to a financial disclosure released in May 2019, Pete Buttigieg earned $75,000 as an advance for his book.  The filing also showed that Pete and his husband own as much as $50,000 worth of Apple stock and as much as $15,000 in Google stock. Finally, Pete disclosed that he has somewhere in the range of $100,000 and $350,000 worth of student loan debt that is due over the next 25 years.

Real Estate: In 2009, a 27-year-old Pete paid $125,000 for a home in South Bend, Indiana. He bought the home out of foreclosure. The home has roughly doubled in value since his purchase. It's a 2,500 square-foot home with four bedrooms. 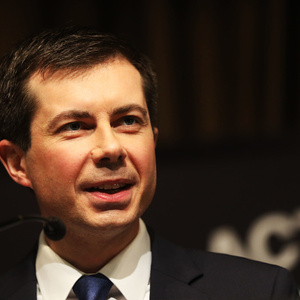