Nita M. Lowey Net Worth: Nita M. Lowey is an American politician who has a net worth of $30 million. Born Nita Melnikoff Lowey on July 5, 1937, in New York City, she is the U.S. Representative for New York's 17th congressional district. Once she earned her Bachelor's degree from the Mount Holyoke College, she went on to serve as a government official. It's the post she held prior to diving into elected politics and serving for some time as the Assistant Secretary of State of New York. Lowey first got elected to the House of Representatives from New York's 20th congressional district in 1988. She represented the 20th district from 1989 to 1993 before taking on the current position as a representative of the 18th in 1993. 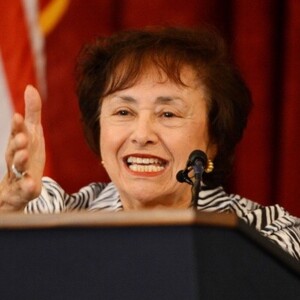