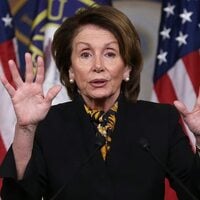 What is Nancy Pelosi's Net Worth?

Nancy Pelosi is an American politician who has a net worth of $120 million. In her most recent wealth disclosure, Nancy and her husband Paul Pelosi estimated their personal net worth to fall somewhere in the range of $43 million and $202 million depending on the value of real estate assets, stock investments and other private assets.

Nancy Pelosi is the only woman in U.S. history to hold the position of Speaker of the United States House of Representatives, a role she has served in from 2007 to 2011, and again beginning in 2019.

Nancy Patricia D'Alesandro was born in Baltimore, Maryland, on March 26, 1940. She was the only girl in the family, and the youngest of seven children. Her parents' families both originated in Italy. She was born into a politically active family. At the time of her birth, her father was a Democratic Congressman from Maryland who later became the Mayor of Baltimore. Her brother, Thomas D'Alesandro III, was also Mayor of Baltimore, serving from 1967 to 1971. Additionally, her mother was also active in the Democratic Party, organizing Democrat women. As a result, Pelosi became involved with politics from an early age, when she began helping her father with his various campaign events.

She graduated from the all-girls high Catholic high school the Institute of Notre Dame in 1958, and from Trinity College in 1962 with a Bachelor of Arts in political science. During her undergraduate years at Trinity College, Nancy met and began dating Paul Pelosi, who was attending Georgetown University at the time.

Pelosi began her own political career by first interning for Senator Daniel Brewster (D-Maryland) in the 1960s. She later moved to San Francisco, California, where she befriended 5th District congressman Phillip Burton. In 1976 she was elected as a Democratic National Committee member from California, holding the position until 1996. She also served in various other capacities within the Democratic Party during the late 1970s and 1980s, for example as the finance chair of the Democratic Senatorial Campaign Committee.

After Burton passed away in 1983, he was succeed by his wife Sala. After she no longer wished to run for re-election, Sala Burton designated Pelosi as her successor, which basically guaranteed that Burton's previous supporters would also support Pelosi. Following Sala's untimely death a mere month into her second term, Pelosi won the resulting special election and took office as the 5th District congresswoman in June 1987. She represented the 5th District from 1987 to 1993; the 8th District from 1993 to 2013; and the 12th District from 2013 to the present (as of April 2020).

Other significant positions Pelosi has held include the position of House Minority Whip, from 2002 to 2003; Leader of the House Democratic Caucus since 2003; House Minority Leader from 2003 to 2007, and 2011 to 2019; and the Speaker of the United States House of Representatives, from 2007 to 2011, and was sworn-in again as Speaker in January 2019. She is the first person since Sam Rayburn in 1955 to be re-elected to the post of Speaker for non-consecutive terms. However, in order to regain the position of speakership, she had to agree to a deal that limits her to only four years in the role. 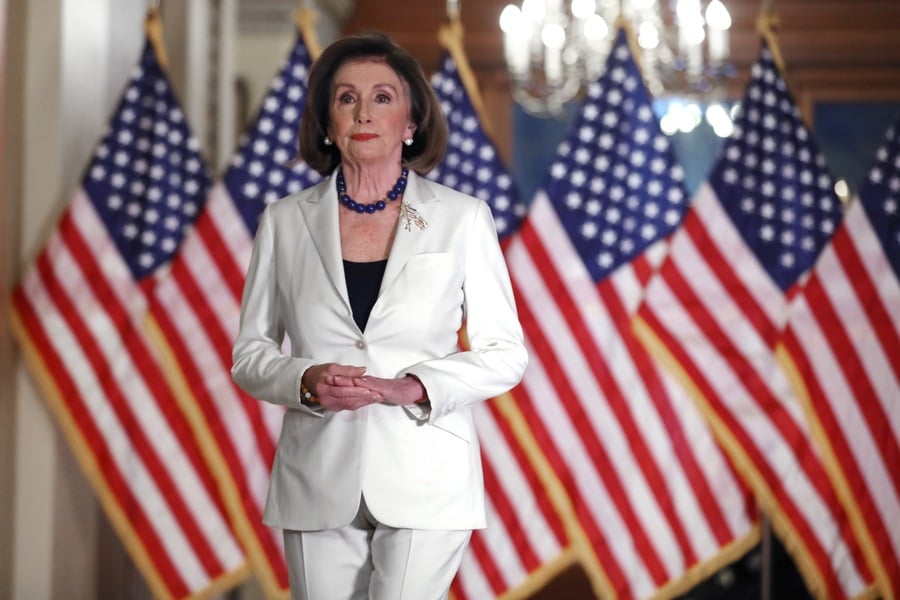 Notable moments of Pelosi's second turn as Speaker, during the first term of President Donald Trump's presidency, include the announcement of impeachment hearings into the President on September 24, 2019.

Pelosi is a lifelong Democrat, and has a rating of 92% for her voting record on civil liberties, given by The American Civil Liberties Union's Congressional Scorecard. She has also consistently voted in favor of liberal causes such as gun control, LGBTQ+ rights and abortion rights, and against things like welfare reform and the Iraq War. She is often a polarizing figure in politics, both outside and within her own party, but many also regard her as a shrewd and highly-skilled politician, capable of keeping a fractured Democratic party relatively together.

How Much Does a Senator Make?

An average Senator makes $174,000 per year. As Speaker of House Nancy's salary is boosted to $223,500. All Senators receive a small write off for D.C. living expenses and travel. They also receive full life, insurance and retirement benefits.

In 2009 Paul spent $10 million to buy the Oakland Invaders United Football League team. The team, which was soon relocated and renamed the Sacramento Mountain Lions, was eventually shut down.

Together Paul and Nancy have five children and eight grandchildren.

When in San Francisco, the Pelosis reside in a mansion the Pacific Heights neighborhood of San Francisco that is likely worth $10-20 million. They also own a vineyard in St. Helena, California, that is valued between $5 million and $25 million.

The short answer is no, Nancy Pelosi is not Gavin Newsom's aunt but there is a bit more to the story. As you just read, in 1963 Nancy married Paul Pelosi. Paul has a brother named Ron. In 1956 Ron Pelosi married a woman named Barbara Newsom. In 1967 Barbara's brother William Newsom welcomed a son named… Gavin into the world. Ron and Barbara divorced in 1977. So, to put it all together, for the first ten years of Gavin's life, Nancy Pelosi was his aunt's sister-in-law. Put another way, during those years Gavin was related to Nancy's brother-in-law by marriage.

To understand this in your own terms, do you have an aunt? Imagine your aunt being married to someone and then imagine that someone has a brother. And that brother has a wife. But! Now imagine your actual blood aunt has not been married to that someone for decades. That's the connection between Gavin and Nancy.

To really drive this home, let's pretend you have an aunt named Katie. Imagine your aunt Katie was at one point married to a guy named Joe Example. While they were married, Katie and Joe were your aunt and uncle. Now let's say Joe has a brother named Bill. And let's say Bill Example was married to a woman named Sarah. No reasonable person would consider Bill Example an uncle. And on no planet would anyone ever consider Bill's wife Sarah Example to be your aunt. Oh and keep in mind, to be consistent with the Pelosi analogy, now also imagine Katie and Joe Example divorced 50 years ago.