Michelle Obama Net Worth: Michelle Obama is an American lawyer, writer and former First Lady of the United States. As of this writing, Michelle and her husband Barack Obama have a combined net worth of $70 million.

Early Life: Michelle Obama (born Michelle LaVaughn Robinson) was born January 17, 1964 in Chicago, Illinois. Michelle grew up in the South Shore community area. Her father suffered from multiple sclerosis, which was hard on her emotionally, so she threw herself into her studies and was a hardworking student. She graduated from Whitney Young High School in 1981 and was the salutatorian of her class. She attended Princeton University where she majored in sociology and minored in African-American studies and graduated cum laude in 1985. While she was at Princeton, she became heavily involved with an academic and cultural group called The Third World Center, which supported minority students.  Michelle went on to earn a law degree from Harvard Law School in 1988. At Harvard, she worked for the Harvard Legal Bureau in assisting low-income tenants with housing cases. Michelle Obama is the third First Lady to have earned a postgraduate degree.

Post Law School: Michelle's father passed away in 1991, and a close friend died from cancer during this time as well. She has said that these deaths at a crucial time in her career made her think about her contributions to society. Following law school, she worked at a Chicago law firm where she met her husband, future President Barack Obama.Their relationship began with a business lunch and later they grew closer at a community organization meeting.  Initially, she refused to date Barack, believing that their work relationship would make the romance improper. Eventually, she relented and the couple eventually fell in love, marrying on October 3, 1992. The Obamas lived on the South Side of Chicago. Michelle left her job to launch a career in public service, serving as an assistant to Mayor Daley and then as the assistant commissioner of planning and development for the City of Chicago. In 1993, she became executive director for the Chicago office of Public Allies, a nonprofit leadership-training program which helped young adults develop skills for future careers in the public sector. Michelle joined the University of Chicago in 1996 as Associate Dean of Student Services, developing the university's first community service program.

She then worked for the University of Chicago Hospitals beginning in 2002 as Executive Director of Community Relations and External Affairs. Meanwhile, Barack was elected to the State Senate in 1996 and to the US Senate in 2004. They chose to stay in Chicago versus move to Washington DC, as they felt it would be better for their daughters to keep them in their school. In May 2005, Michelle was appointed Vice President for Community and External Affairs at the University of Chicago Medical Center, where she continued to work part-time until shortly before her husband's inauguration as President of the United States in 2009. She serves as a board member for the prestigious Chicago Council on Global Affairs. After her husband was elected President, she put her own career ambitions on the back burner to serve as First Lady. 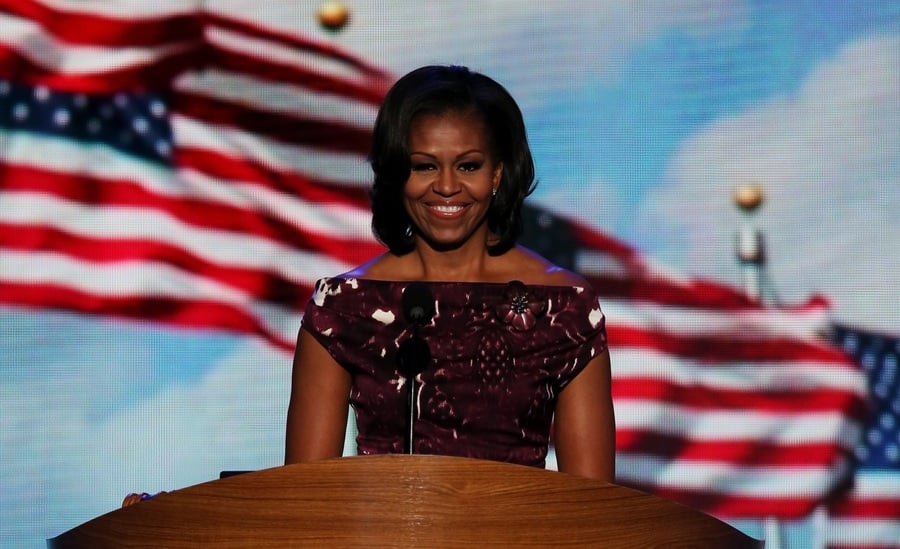 First Lady: Michelle Obama served as First Lady of the United States from 2009-2017. Initially, Michelle was a reluctant campaigner on her husband's behalf. She did not enjoy the activity but would shake hands and fund-raise anyway. Michelle also had reservations about Barack's desire to run for president as she thought it would be difficult on their young children. During campaign speeches, she often discussed race, education, and motherhood. Barack Obama was elected President on November 4, 2008 and was reelected in 2012. During her first few months as First Lady, Obama often visited soup kitchens and homeless shelters, and advocated for young people to do more public service. She hosted White House receptions for women's rights advocates and supported the economic stimulus bill. She stated that her four primary initiatives as First Lady: Let's Move, Reach Higher, Let Girls Learn, and Joining Forces. Obama also advocated on behalf of military families and encouraged national service. Michelle strongly advocated for working mothers to have a better balance between career and family. The Obamas were awarded the Jerald Washington Memorial Founders' Award by the National Homeless Coalition for Veterans in April 2012, and Michelle was given the award again in May 2015 along with Jill Biden. Michelle is also known for her work in addressing obesity and establishing good eating habits in children. She called for more nutritious school lunches and launched the Let's Move! Campaign. Obama was also very active in advocating for LGBTQ rights. Outside of her political and humanitarian work, Michelle was known during her time as First Lady for her style and superb fashion sense.

Family Life: Michelle and Barack Obama were married on October 3, 1992. Michelle suffered a miscarriage and underwent in vitro fertilization to conceive their daughter Malia Ann in 1998. The couple also did in vitro to conceive their daughter Sasha in 2001. When the family moved to Washington DC following Barack's Presidential win, the girls attended Sidwell Friends School. Michelle's mother, Marian Robinson, famously moved into the White House with the family to help with child care.

Michelle Obama Book Advance and Royalties: In February 2017, Barack and Michelle Obama received a $65 million advance for the combined rights to their autobiographies plus one more (three books total). Her 2018 book "Becoming" sold 750,000 copies on its first day alone. As of this writing the book has sold more than 10 million copies.

Barack and Michelle Obama Real Estate: Upon leaving office, Barack and Michelle rented a mansion in Washington D.C. while their youngest daughter finished high school. In June 2017 they spent $8.1 million to buy the 8,200 square-foot rental. In August 2019 it was reported that the Obamas were in escrow on a $14.9 million property on Martha's Vineyard. The property has a 7,000 square-foot main home and 29 oceanfront acres of land. 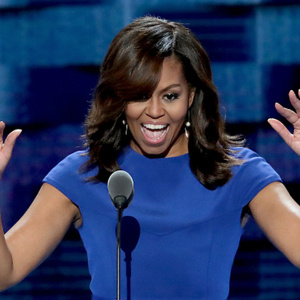