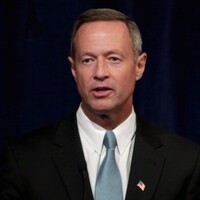 Martin O'Malley net worth and salary: Martin O'Malley is an American politician and lawyer who has a net worth of $400 thousand. Martin O'Malley was born in Washington, D.C. in January 1963. He graduated from The Catholic University of America and the University of Maryland. O'Malley is a Democrat who served as the 47th Mayor of Baltimore from 1999 to 2007. From 2007 to 2015 he served as the 61st Governor of Maryland. From 1991 to 1999 O'Malley was a Baltimore City Councilor. From 2011 to 2013 he served as the Chair of the Democratic Governors Association. In 2015 he became a visiting professor at Johns Hopkins University's Carey Business School. As Governor O'Malley signed a law to make illegal immigrants brought to the United States as children eligible for in-state college tuition. He signed a law to legalize same-sex marriage in Maryland in 2012. In May 2015 O'Malley announced his candidate for the 2016 presidential election.