What is Maria Shriver's Net Worth?

Maria Shriver is an American journalist, author, and former First Lady of California who has a net worth of $200 million. Although she has certainly made a name for herself as a journalist and author, she is perhaps best known for being the ex-wife of Arnold Schwarzenegger and the former First Lady of California. Over the course of her journalism career, Shriver has been recognized with several honors, including several Emmys and a Peabody Award.

Maria Shriver is also a notable member of the Kennedy family through her mother, Eunice Kennedy Shriver – the sister of John F., Robert, and Ted Kennedy. As of 2020, she serves as a special anchor for NBC News. Her substantial net worth is largely a result of both her connection to the Kennedys and her divorce settlement after splitting from Schwarzenegger.

Maria Owings Shriver was born on November 6th of 1955 in Chicago, Illinois. Her father was a well-known politician named Sargent Shriver and her mother was Eunice Kennedy Shriver, an activist and member of the affluent and influential Kennedy family. Because of her family roots, Maria was essentially born into royalty – or as close as one can get to royalty in the United States. While growing up, Shriver watched her uncle John. F. Kennedy win an election to become the President of the United States. Two years later, she watched her uncle get assassinated.

Raised in a Roman Catholic household, Maria Shriver attended high school in Maryland. After graduating, she enrolled at Manhattanville College before transferring to Georgetown University and earning her Bachelor of Arts degree in American Studies.

Shriver first became passionate about journalism during her father's vice-presidential campaign in 1972. After graduating from college, she worked with CBS and eventually became co-anchor of "The CBS Morning News." After switching to NBC, she co-anchored "Sunday Today" until the end of the 80s. She then anchored shows like "NBC Nightly News" and "Dateline NBC." She returned to journalism after becoming the First Lady of California, although she eventually stepped away because of a potential conflict of interest.

She then became completely disillusioned with American media after the death of Anna Nicole Smith, vowing never to return to this industry. However, Maria joined NBC once again in 2013, working as a special anchor who focuses on women's issues in America. She also fills in as a substitute anchor for "Today" from time to time.

Outside of journalism, Shriver has appeared in a number of movies, such as "Last Action Hero," and television series such as "That's So Raven." She also served as the executive producer for the four-part HBO documentary "The Alzheimer's Project." In addition, Maria is known for authoring a number of books, including "I've Been Thinking…: Reflections Prayers and Meditations for a Meaningful Life," which became a bestseller. 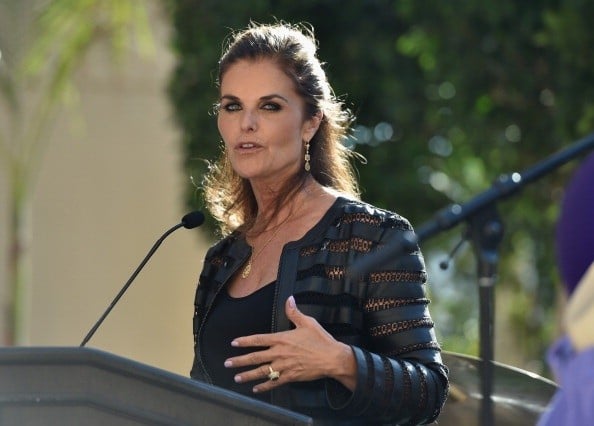 Because Maria Shriver is a direct descendant of the famed Kennedy family, she receives a considerable income through inheritance and other assets/trusts set up in the family name. The Kennedys are essentially considered a royal lineage in the United States, and Shriver certainly benefits from her connection to the family in a financial sense.

Documents show that Shriver collects income from assets that include "Vornado Realty Trust" and "Vornado Realty Inc." Each of these assets is valued at $7.5 million. Reports suggest that the Kennedys have collected more than $170 million since 1998 – and that's just in dividends. The family's financial assets are set up in an ingenious manner – using a system that accepts partnership units instead of cash in order to defer capital gains taxes and depreciation.

Maria Shriver met Arnold Schwarzenegger in 1977 when they were introduced at a charity tennis tournament. After a long period, the pair eventually married in 1986. Shriver and Schwarzenegger subsequently had four children together, all of whom were born in Los Angeles. In 2011, Shriver and her husband announced that they were getting separated, and Maria quickly moved out of the family home.

Later, the reason for their split was apparently revealed when Arnold Schwarzenegger publicly admitted that he had fathered another child out of wedlock with the family maid, Mildred Patricia Baena. Shriver had previously confronted her husband about the affair after she became suspicious. Arnold's extramarital child was born 14 years prior to him making the announcement – well before he entered politics. He and Shriver eventually finalized their divorce in 2017.

In 2013, Shriver started dating Matthew Dowd, a political consultant and strategist who had previously worked on Schwarzenegger's reelection campaign.

According to various sources, Maria Shriver was set to receive up to $200 million after her divorce from Arnold Schwarzenegger. This is because of Arnold's high net worth, which was at least double the amount Shriver received at the time of their divorce. In terms of their children, the split was handled amicably with shared custody of their two underage kids.

Maria Shriver has been quite active in the real estate market, particularly after splitting from Arnold Schwarzenegger.

In 2002 Arnold and Maria paid $4.8 million for a 6-acre property in LA's Brentwood neighborhood. The property features a 14,500-square foot home with a tennis court, pool and never-ending ocean views. Arnold continued owning and occupying this home after their split.

After the divorce was finalized, Shriver paid $10 million for a 11,000 square-foot home in Brentwood, not far from the family home she once shared with her husband. In June of 2022 Maria paid $12.2 million for a property immediately next door.

In 2017, Shriver reportedly started shopping for homes with the intention of giving them to her two children who had just graduated from university. Various publications suggested that Maria was eyeing up a pair of Los Angeles properties that were collectively worth about $5 million. 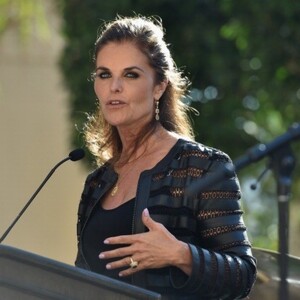