Maria Cantwell Net Worth: Maria Cantwell is an American politician who has a net worth of $2 million. Born Maria E. Cantwell on October 13, 1958, in Indianapolis, Indiana, she is the junior United States Senator from the state of Washington. After she took her B.A. degree in Public Administration, Cantwell moved to Seattle, Washington to campaign for U.S. Senator Alan Cranston in what would be unsuccessful bid for the 1984 Democratic Presidential nomination. She was only 28 years old when she got elected to the Washington State House of Representatives, after which she won re-election two more times, in 1988 and 1990, respectively. A fervent member of the Democratic Party, she previously served in the Washington House of Representatives (1987-1993), and then in the United States House of Representatives from Washington's 1st congressional district (1993-1995). In the meantime, she also spent some time working as an executive for RealNetworks before acquiring the U.S. Senate post in 2001. Being also a chairwoman of the Committee on Indian Affairs, Maria Cantwell is Washington's second female senator, after Patty Murray. 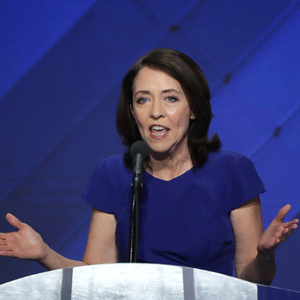