Malia Obama net worth: Malia Obama is an American student who has a net worth of $100 thousand. Malia Obama was born in Chicago, Illinois in July 1998. She is best known for being the daughter of former President Barack Obama and former First Lady Michelle Obama.

Malia and her sister Sasha were named to "The 25 Most Influential Teens of 2014″ list by Time magazine. She attended the private Sidwell Friends School in Washington, D.C., graduating in 2016. Obama worked in television studios in New York and Los Angeles during the summers of 2014 and 2015. After graduating she took a gap year and will be a student at Harvard University in 2017. During the summer of 2016 Malia interned in the U.S. Embassy in Madid, Spain. Malia began an internship with Hollywood film producer Harvey Weinstein in 2017. She has also interned on the sets of the television series Girls and Extent. She is easily recognizable, standing at 6'1". 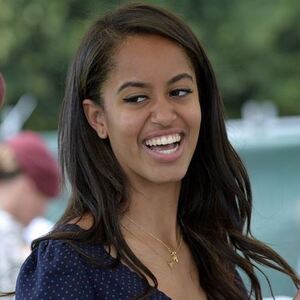