What is Kyrsten Sinema's Net Worth and Salary?

Kyrsten Sinema is an American politician who has a net worth of $100,000. Kysten Sinema has served as the senior US senator from Arizona since 2019. Before this, she served as a state representative for the 15th legislative district, state senator for the 15th district, and US representative for the 9th district. Although Sinema belongs to the Democratic Party, she has amassed one of the most conservative voting records in the Party's caucus, and has been censured by the executive board of the Arizona Democratic Party for blocking voting rights legislation via her controversial vote to keep the filibuster.

Kyrsten Sinema was born on July 12, 1976 in Tucson, Arizona as the middle child of Dan and Marilyn. She is of Dutch ancestry. Early on in her childhood, her parents divorced, and her mother remarried. With the newly reconstituted family, Sinema moved to the small city of DeFuniak Springs, Florida. There, her stepfather ended up losing his job, causing the foreclosure of the family home. As a result, they lived in an abandoned gas station for three years. For her education, Sinema went to Walton High School, from which she graduated as valedictorian at the age of 16. She subsequently attended Brigham Young University, earning her BA in 1995. Sinema went on to obtain a Master of Social Work degree from Arizona State University in 1999, and then her JD from ASU's College of Law in 2004. She returned to ASU later to complete her PhD in justice studies.

Sinema made her first foray into politics in 2000, when she worked for the presidential campaign of Ralph Nader. In the subsequent two years, she ran as an independent for local offices, losing both times.

While at ASU in 2003, Sinema served as an adjunct professor teaching policy and grant-writing courses. She was also an adjunct business law professor at Arizona Summit Law School. After earning her JD, Sinema began working as a criminal defense lawyer.

In 2002, Sinema ran as an independent for the Arizona House of Representatives; she ultimately finished last in the five-candidate field. Two years later, she joined the Democratic Party and won the election for a seat representing Arizona's 15th district. Sinema went on to be reelected three times, finishing her third term in 2011. During this time, she also served as an assistant Minority Leader for the Democratic Caucus of the Arizona House of Representatives. In 2010, Sinema beat Republican Bob Thomas to be elected to the Arizona Senate, where she served a single term.

Sinema announced her run for Congress representing the 9th congressional district in January of 2012. She went on to win the primary in August before beating Republican Vernon Parker in the general election. Significantly, this made Sinema the first openly bisexual individual to be elected to Congress. She was reelected in both 2014 and 2016. As a congresswoman, Sinema began shifting more toward the political center. She joined the conservative Democratic Blue Dog Coalition, and started to have a more moderate voting record. 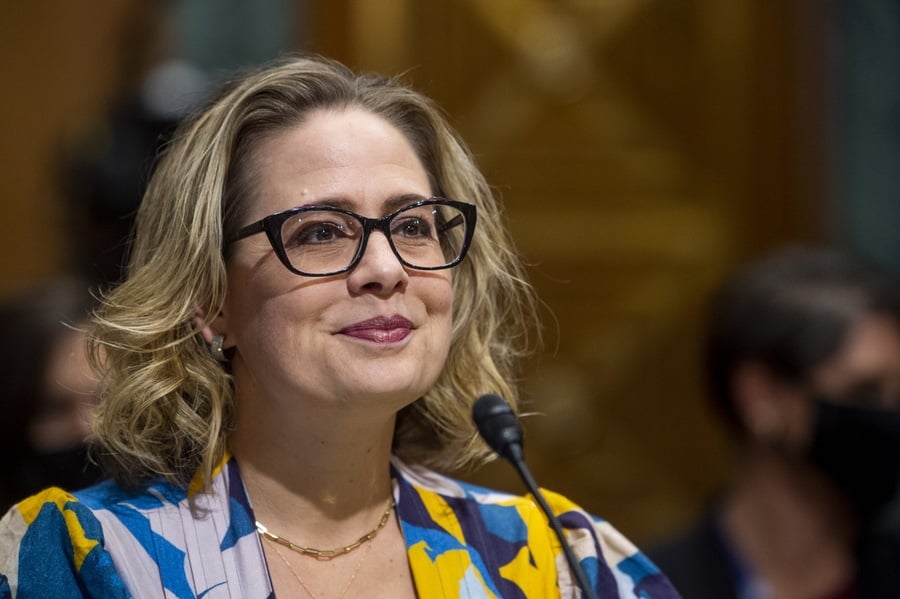 In 2017, Sinema announced her candidacy for the US Senate seat held by Republican Jeff Flake, who was declining reelection. She went on to win the Democratic primary and then the general election against the Republican nominee Martha McSally. With her victory, Sinema became the first woman to represent Arizona in the Senate, and the first person from the Democratic Party to do so in nearly 25 years.

Among the notable aspects of her tenure, Sinema voted to confirm William Barr as attorney general. She also voted to convict Trump in both of his impeachment trials, and voted in favor of the January 6 commission to investigate the rightwing insurrection of the US Capitol. Sinema has also received backlash for opposing a number of key Democratic issues, such as raising the minimum wage and abolishing the filibuster. Additionally, she joined Republicans in voting against the Green New Deal, and also voted with Republicans to confirm former oil executive David Bernhardt as Secretary of the Interior Department. In January of 2022, Sinema was censured by the executive board of the Arizona Democratic Party for voting to maintain the filibuster and prevent the passage of a crucial voting rights bill.

Although she began her political career in the Arizona Green Party, where she was known for her advocacy of progressive causes, Sinema has moved more toward the center and right in her career in Congress. She has been called a moderate or conservative Democrat, having amassed one of the most conservative voting records in her Party's caucus. Among her more progressive positions, however, she supports a woman's right to choose; opposes the death penalty; favors sensible gun control measures; and is committed to advancing LGBTQ rights.

Beyond the political arena, Sinema is a prolific amateur athlete. She has competed in a number of marathons, and set a record for congresswomen when she ran a three-mile race in 20:42 time. In November of 2013, Sinema participated in and completed an Ironman Triathlon. This made her the second active congressperson to finish a long-distance triathlon, as well as the first to complete an Ironman race. Later, on Christmas Day in 2013, Sinema summited Mount Kilimanjaro. 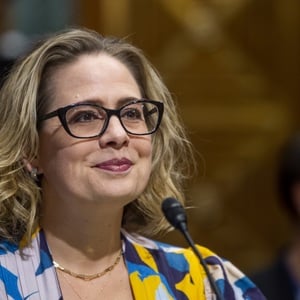