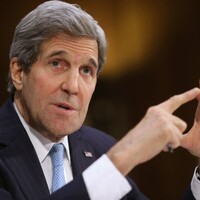 What is John Kerry's Net Worth?

John Kerry is an American politician and diplomat who has a net worth of $250 million dollars. He is known for being a Senator and the 68th United States Secretary of State. John Kerry is a Vietnam veteran, who spoke out vehemently against the Vietnam War after returning home as part of "Vietnam Veterans Against the War."

John Kerry's wealth comes from his marriage to heiress Teresa Heinz. Prior to marrying John Kerry in 1995, Teresa was married to ketchup tycoon John Heinz from 1966 until his death in 1991 from a plane crash. John Heinz was the heir to the Heinz ketchup fortune. That fortune passed on to Teresa after his death. Her net worth is kept in trusts and is estimated to be worth $750 million – $1.2 billion. The couple purchased an 18-acre property on Martha's Vineyard in April 2017. The seven-bedroom property cost a reported $11.75 million.

He was born John Forbes Kerry on December 11, 1943, in Aurora, Colorado. He is the second to four children born to Richard John Kerry and Rosemary Forbes. The family moved around a lot with his father's military career until he was discharged from the Army Air Corps. Kerry lived in Groton, Massachusetts and Millis, Massachusetts before moving to Washington D.C. at age seven when his father took a spot in the Department of the Navy's Office of General Counsel and became a diplomat in the State Department's Bureau of United Nations Affairs.

Kerry's wealthy great-aunt paid for him to attend an elite boarding school in Switzerland.  Kerry went on to major in political science at Yale University. In March of 1965, as the Vietnam War escalated, Kerry won the prestigious Ten Eyck prize as the best orator in the junior class for a speech that was critical of U.S. foreign policy. He studied with speaking coach Rollin G. Osterweis and won several college debates across the nation. Kerry graduated with lackluster grades in 1966.

Kerry joined the Naval Reserve in 1966 and in the period from 1968 to 1969, he served an abbreviated four-month tour of duty in South Vietnam as officer-in-charge (OIC) of a Swift Boat. This service earned him combat medals including the Silver Star, Bronze Star, and three Purple Hearts. Next, he joined the Vietnam Veterans Against the War in which he served as a nationally recognized spokesman and as an outspoken opponent of the Vietnam War. Before the Senate Committee on Foreign Affairs, Kerry stated that U.S. war policy in Vietnam was the cause of "war crimes."

Once he took his J.D. From Boston College Law School, he started to work as an Assistant District Attorney and co-founded a private firm. From 1983 to 1985, Kerry served as Lieutenant Governor of Massachusetts under Michael Dukakis, working on an early forerunner to the national Clean Air Act. Having won a tight Democratic primary in 1984 for the U.S. Senate, he got sworn in the following January. As a United States Senator from Massachusetts, he served from 1985 to 2013, and he was chairman of the Senate Foreign Relations Committee, where he led a series of hearings from 1987 to 1989. 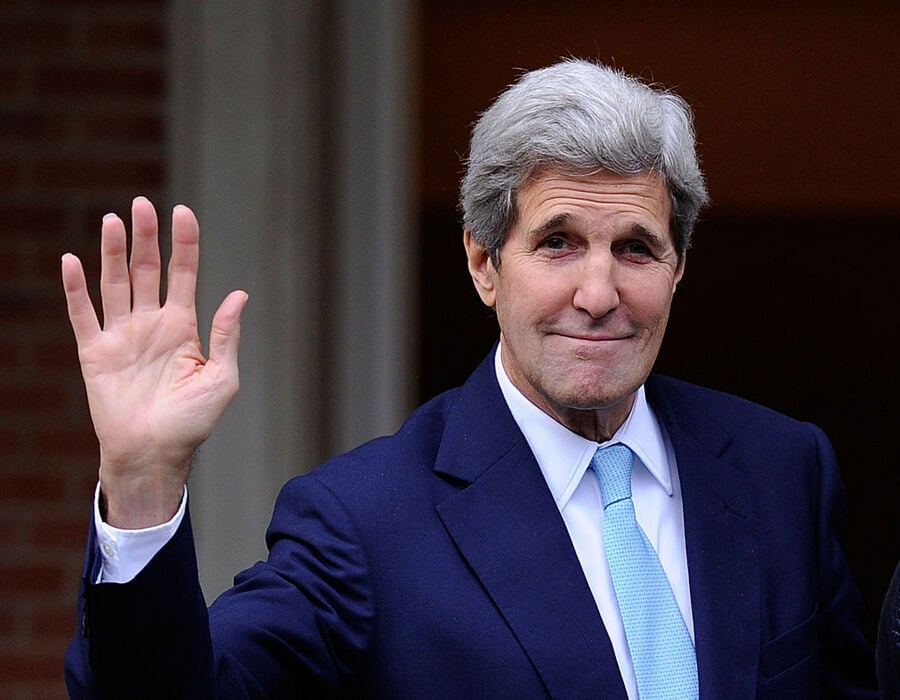 John Kerry joined the 2004 presidential election as a nominee of the Democratic Party, but he lost to incumbent George W. Bush. After President Barack Obama nominated Kerry to succeed Hillary Clinton as Secretary of State, he was confirmed by the US Senate by a vote of 94–3 on January 29, 2013. John Kerry assumed the office on February 1, 2013. As Secretary of State, Kerry initiated the 2013-2014 Israeli-Palestinian peace talks and negotiated landmark agreements restricting the nuclear program of Iran. In 2013 he initiated the Joint Plan of Action and in 2015 the Joint Comprehensive Plan of Action. In 2016, Kerry signed the Paris Agreement on climate change on behalf of the United States.

Kerry served as Secretary of State until the end of the Obama administration in January 2017. He then retired from government service, but has remained active in public affairs as an opponent of President Donald Trump and as a supporter of President-elect Joe Biden. He did not attend Trump's inauguration in 2017 and the following day he took part in the Women's March in Washington, D.C. He published his memoirs detailing his life and career in government, "Every Day is Extra" in September 2018.  In November 2020, President-elect Biden announced that Kerry would serve as the U.S. Special Presidential Envoy for Climate in the Biden administration. In this new role, he will work for the National Security Council.

Kerry was married to Julia Thorne in 1970 and they had two daughters together, Alexandra and Vanessa Kerry. Alexandra was born just days before Kerry began law school. In 1982, Julia asked John for a divorce while she was suffering from severe depression, but it was drawn out until 1997 when the marriage was formally annulled. Thorne supported Kerry's 2004 presidential run and sadly died of cancer in April 2006. Kerry married Teresa Heinz in May 1995.

In 2003, he was diagnosed and treated successfully for prostate cancer. Kerry had another health scare in May 2015 when he broke his right leg in a cycling accident in Scionzier, France, and was airlifted to Boston's General Hospital. He was released after a four-hour operation. Kerry is an avid cyclist, snowboarder, windsurfer, and sailor.