John Hickenlooper was born in Narbeth, Pennsylvania in February 1952. He is a Democrat who graduated from Wesleyan University and earned his MS. Hickenlooper served as the 43rd Mayor of Denver from July 2003 to January 2011. From July 2014 to July 2015 he was the Chair of the National Governors Association. John Hickenlooper served as the 42nd Governor of Colorado from January 2011 to January 2019. He campaigned for the 2020 Democratic nomination for the President of the United States before dropping out and then announced his candidacy for the United States Senate in 2020. Hickenlooper co-founded the Wynkoop Brewing Company in Denver, Colorado. He was married to Helen Thorpe from 2002 to 2015 and married Robin Pringle in 2016. His cousin George Hickenlooper was an Emmy award winning documentary filmmaker. 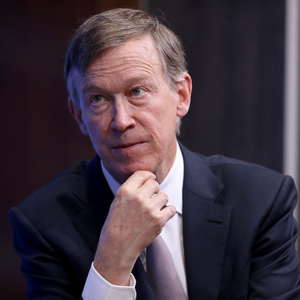