What is John Fetterman's net worth and Salary?

John Fetterman is an American politician from Pennsylvania who has a net worth of $800 thousand. According his May 2021 financial disclosure, John Fetterman's assets total between $717,000 and $1.58 million. However, the majority of those assets (between $450,000 and $1 million) are in trusts and bank accounts for his children.

John Fetterman became the lieutenant governor of Pennsylvania in 2019. Prior to this position he served as mayor of Braddock, Pa from 2006 to 2019.

In 2020 Fetterman started to gain national attention thanks to his campaign for PA's open Senate seat. His fame grew much more in 2022 as he waged a skillful campaign against his opponent, television personality Dr. Oz. Fetterman's campaign scored consistent points countering flubbed attempts by Oz to relate with videos and messages posted to social media. Fetterman's campaign was quick to paint Oz as a carpetbagger – someone who moves to a state right before running for office – which was not inaccurate. Oz has spent much of the last several decades calling New Jersey his primary home state with a $50 million vacation home in Palm Beach, Florida. He did not even buy a house in Pennsylvania until December 2021. According to Oz's financial disclosure, he and his wife Lisa own 9 other homes outside of Pennsylvania and control assets valued between $100 and $400 million.


John Karl Fetterman was born on August 15, 1969 in West Reading, Pennsylvania. John's father Karl eventually became fairly well-off thanks to his position as a partner at the insurance conglomerate Chubb and then his own insurance firm. John grew up in an affluent part of York, PA. Both his parents are reportedly strict conservative Republicans.

John attended Albright College then earned an MBA from the University of Connecticut, graduating in 1993.

In 1999 John graduated with a Master of Public Policy degree from Harvard.

Tragically, while he was a student at UConn, Fetterman's best friend died in a car accident. John would later explain that this incident had a profound impact on him and set him on a path towards public service. After his friends' death, John began volunteering at the Big Brothers Big Sisters of America where he was soon paired with an 8-year-old boy whose father had recently died of AIDS and whose mother would soon also die from AIDS. Fetterman promised the mother that he would look after the boy after she was gone.

In 1995 John began working for AmeriCorps. He was soon assigned to help students in Pittsburgh's Braddock suburb earn their GEDs. 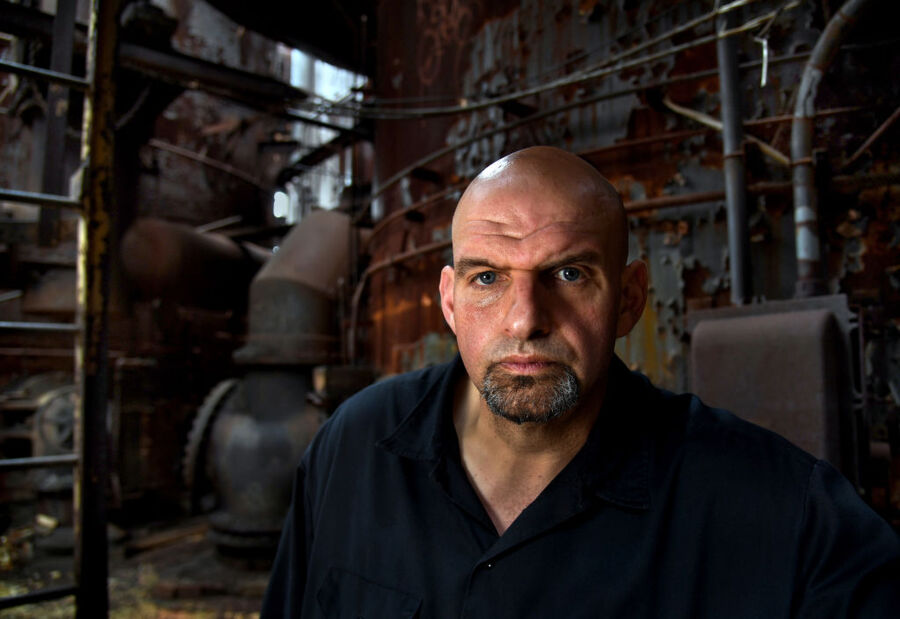 In 2004, John officially moved to Braddock where in 2006 he became the city's part-time mayor and full-time director of the youth program. He became the full-time mayor in 2006 serving through 2019 when he became Lieutenant Governor of Pennsylvania.

During his time as mayor, John chose to not take any other paying jobs, which would normally be required since the position paid just $150 per month. That is not a typo. During his time serving as Braddock's mayor, John was supported by his parents with an estimated $54,000 worth of assistance in 2015 alone according to his financial disclosures.

In 2013 John paid his sister $1 for a former Chevy dealership which he and his wife Gisele then converted into a residence. The sister purchased the property in 2007 for $70,000.

In 2021 John announced another campaign for Senate. He subsequently won the Democratic nomination with nearly 60% of the vote.

After Dr. Oz won the the Republican primary, the two became direct opponents. Over the course of much of 2022, Fetterman and Oz waged a bitter-at-times social media campaign. Most would agree that Fetterman's side did a far superior job at making Oz look like a foolish, flubbing out-of-state carpetbagger.

In 2008, John married Brazilian immigrant Gisele Barreto. The have three children together and continue to live in the converted Chevy dealership in Braddock. 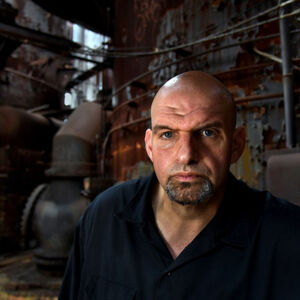