What is John Edwards' Net Worth?

John Edwards is an American lawyer and former politician who has a net worth of $50 million. John Edwards was a United States senator from North Carolina from 1999 to 2005. He achieved greater national recognition in 2004 when he ran as the Democratic nominee for vice president alongside John Kerry. Following his presidential campaign in 2008, Edwards was indicted by a federal grand jury on six felony charges related to campaign contribution law violations.

John Edwards was born on June 10, 1953 in Seneca, South Carolina to Catharine and Wallace. Growing up, he moved a number of times with his family before settling in Robbins, North Carolina, where his father became a supervisor at a textile mill and his mother owned a roadside antique-finishing business. In high school, Edwards was a star football player. He went on to attend Clemson University, becoming the first person from his family to go to college. After one semester there, Edwards transferred to North Carolina State University, from which he graduated with his bachelor's degree in textile technology in 1974. He later obtained his JD from the University of North Carolina School of Law.

Following his graduation from law school, Edwards clerked for federal judge Franklin Dupree. He subsequently served as an associate at the law firm of Dearborn & Ewing in Nashville, Tennessee. In 1981, Edwards returned to North Carolina and joined the firm of Tharrington, Smith & Hargrove. He had one of his most notable cases in 1984, when he was assigned to a seemingly unwinnable medical malpractice suit. Edwards ultimately ended up winning $3.7 million on behalf of his client. He had further success in 1985, winning a $6.5 million verdict for a client in another medical malpractice lawsuit. Edwards went on to handle multiple similar cases over the subsequent years, winning verdicts and settlements totaling more than $60 million.

Edwards formed his own legal firm, alongside friend David Kirby, in 1993. Three years later, he had the biggest case of his career with a product liability lawsuit filed against Sta-Rite, which had made a defective pool drain cover that resulted in the death of five-year-old Valerie Lakey. Edwards won the client's family $25 million, which stands as the largest personal injury award ever granted in North Carolina. 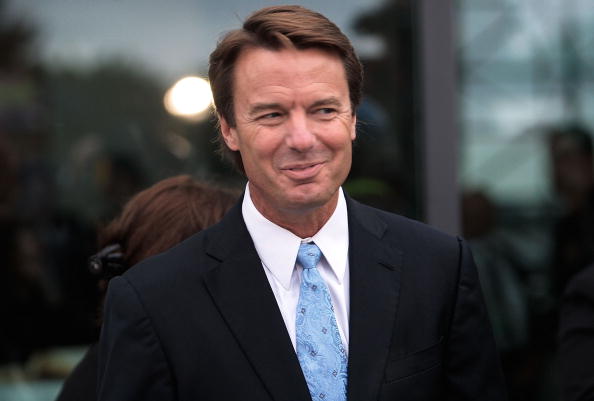 In 1998, Edwards beat incumbent Republican Lauch Faircloth to win the North Carolina election to the United States Senate. Among the highlights of his first years as a senator, he conducted the deposition of Monica Lewinsky and Vernon Jordan Jr. during Bill Clinton's impeachment trial. Overall, Edwards co-sponsored 203 bills during his Senate tenure, including such controversial bills as the Iraq War Resolution and the Patriot Act. He also supported some more progressive measures, including affirmative action, a woman's right to choose, and the eradication of mandatory minimum sentencing for non-violent offenders. Edwards served on the US Senate Committee on Judiciary and the US Senate Select Committee on Intelligence during his tenure. His time on the Senate came to an end in 2005.

In 2003, Edwards declared his intention to seek the 2004 Democratic nomination for the presidency. Although he struggled to build support early on, his numbers began rising just before the Iowa caucuses, where he finished second to John Kerry. However, Edwards ultimately ended his campaign following Super Tuesday. Later, in July of 2004, he was chosen as the running mate of John Kerry. In the general election, Kerry and Edwards ultimately lost to Bush and Cheney.

Edwards announced his presidential candidacy for a second time in December of 2006. In the 2008 Iowa caucuses, he came in second behind Barack Obama. A few weeks later, Edwards officially suspended his campaign following poor finishes in New Hampshire and South Carolina. He ultimately endorsed Obama for the Democratic nomination.

Following his departure from the Senate, Edwards became the director of the Center on Poverty, Work and Opportunity at the University of North Carolina at Chapel Hill. He went on to tour major universities promoting his program Opportunity Rocks!, which was designed to mobilize young people in the fight against poverty. Edwards also made visits to numerous homeless shelters and job training centers; spoke at myriad events; and introduced the pilot program for College for Everyone, an initiative to provide college students with scholarships in exchange for their labor.

Among his other post-Senate work, Edwards served as co-chair of a Council on Foreign Relations task force focused on relations between the US and Russia. He also became a senior adviser and consultant at the Wall Street investment firm Fortress Investment Group. Edwards eventually returned to law, serving as a personal injury attorney in North Carolina at his firm Edwards Kirby.

While a student at UNC, Edwards met Elizabeth Anania, whom he eventually married in 1977. Together, they had four children named Wade, Cate, Emma, and Jack. In 1996, Wade was killed in an automobile accident. Later, in 2004, Anania was diagnosed with breast cancer, which was treated at the time. However, during Edwards' campaign for the Democratic presidential nomination in 2007, the cancer returned. Anania passed away in late 2010.

In 2007, the National Enquirer launched a series of reports exposing an extramarital affair between Edwards and his former campaign worker Rielle Hunter; it was later revealed that he had had a child with her out of wedlock, as well. During this time, Edwards' wife was battling breast cancer. According to Edwards' campaign aide Andrew Young, Edwards had promised Hunter that he would marry her after his wife passed away. The two eventually separated in 2012.

Edwards' extramarital affair was bound up in charges of campaign finance violations, as he had allegedly used over $1 million in political donations to cover it up. In 2011, he was indicted by a federal grand jury on six felony charges. Ultimately, Edwards was found not guilty of illegally using campaign funds, while mistrials were called on the other counts against him. 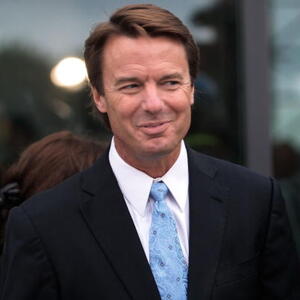