What is Joe Lieberman's net worth?

Joe Lieberman is an American politician, attorney and lobbyist. Joe Lieberman has a net worth of $3 million. Joe who served as a Connecticut State Senator from 1989 to 2013. Before this, he served as State Attorney General from 1983 to 1989. In the 2000 presidential election, Lieberman was the Democratic nominee for Vice President alongside presidential nominee Al Gore, making him the first Jewish candidate on a major American political party ticket.

Joe Lieberman was born in 1942 in Stamford, Connecticut, the son of Jewish parents Marcia and Henry. As a young adult, he went to Yale University, from which he graduated with a BA in both economics and political science. Subsequently, Lieberman attended Yale Law School, receiving an LLB degree in 1967. He then worked as a lawyer for Wiggin & Dana LLP, a law firm based in New Haven.

In 1970, Lieberman was elected as a reform Democrat to the Connecticut Senate. There, he spent ten years, including three terms as Majority Leader. Following an unsuccessful run for the US House of Representatives in 1980, he served as Connecticut Attorney General from 1983 to 1989. In this position, he emphasized environmental enforcement and consumer protection.

Lieberman was first elected to the US Senate as a Democrat in the 1988 election. Early on, he led initiatives against violence in video games, helping to pave the way for the industry-wide video game rating system. Later, in 1994, Lieberman made history by winning by the largest margin ever in a Connecticut Senate race, taking 67% of the vote. From 1995 to 2001, he served as chair of the Democratic Leadership Council, and in 1998, was the first prominent figure from his party to challenge President Bill Clinton over his judgment in the Monica Lewinsky affair. However, during the impeachment, he ultimately voted against the removal of Clinton from office.

In the spring of 2000, Lieberman and other Democrats founded the Senate New Democrat Coalition, a House of Representatives caucus made up of centrist Democrats. Also that year, Lieberman was elected to a third Senate term with 64% of the vote. He went on to become Chairman of the Homeland Security and Governmental Affairs Committee, as well as a member of several other committees. Following the 9/11 attacks, Lieberman led the charge to create a new Department of Homeland Security. 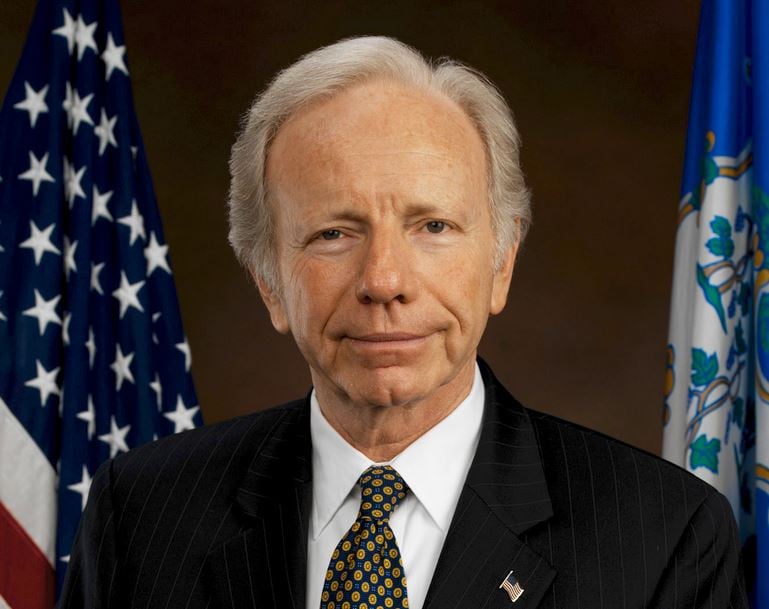 In August of 2000, Lieberman was chosen as the nominee for Vice President by Democratic presidential nominee Al Gore; he became the first Jewish candidate on a major political party ticket. Although Gore and Lieberman won the popular vote by over 500,000 votes, they lost the Electoral College to Republicans George W. Bush and Dick Cheney. Later, in 2003, Lieberman announced his intention to seek the Democratic nomination for president. However, after a series of defeats and waning numbers, he withdrew his candidacy in early 2004.

Lieberman sought a renomination for Senate as a Democrat in 2006, but lost to Greenwich businessman Ned Lamont, who ran on an anti-war platform. Subsequently, Lieberman announced that he would run in the November election as an independent candidate on the Connecticut for Lieberman ticket. While still a registered Democrat, Lieberman drew endorsements from numerous Republicans. Come November, he won reelection with 50% of the vote. During his term, he oversaw the government response to the H1N1 influenza pandemic, and introduced and advocated for the Don't Ask, Don't Tell Repeal Act of 2010.

Due to his sinking approval rating, Lieberman retired from the Senate at the end of his fourth term in December of 2012. Following his retirement, he became senior counsel of the New York City law firm Kasowitz, Benson, Torres & Friedman. He also joined the conservative think tank American Enterprise Institute, and was named counselor of the National Bureau of Asian Research. He has chaired or co-chaired other organizations, including the Blue Ribbon Study Panel on Biodefense and United Against Nuclear Iran. He also serves as the Lieberman Chair of Public Policy and Public Service at Yeshiva University, where he teaches an undergraduate course.

Many of Lieberman's political views have been met with criticism over the years. Following 9/11, he was one of the Senate's most vocal supporters of the Iraq War. He also advocated for the federal government's increased use of surveillance cameras, and spoke out as a major opponent of whistleblowing website WikiLeaks.

On the more progressive side of things, Lieberman is pro-choice, and supports the rights of LGBTQ people to adopt children, serve openly in the military, and be protected with hate crime legislation. Lieberman was integral in the successful effort to repeal the Don't ask, don't tell policy in the US Armed Forces.

In 1965, Lieberman wed Betty Haas, whom he had met at the congressional office of Senator Abraham Ribicoff when they both worked as student interns. They had two children, Matt and Rebecca, and divorced in 1981. The next year, Lieberman married Hadassah Freilich Tucker, who has held senior positions at a myriad of organizations. Together, they have a daughter named Hani. Lieberman also has a stepson, Ethan, from Tucker's prior marriage.