What is Jesse Jackson's Net Worth and Salary?

Jesse Louis Jackson Sr. was born in Greenville, South Carolina, on October 8, 1941. His mother was 16-year-old Helen Burns, and his father, Noah Louis Robinson, was her 33-year-old married neighbor. The year after Jackson's birth, his mother married Charles Henry Jackson, who later adopted him as a child. After the adopted, Jackson's surname was changed to that of his step-father, but he also continued to maintain a relationship with Robinson, and considers both men to be his fathers.

Jackson grew up under Jim Crow segregation laws, and attended Sterling High School, a racially segregated school in Greenville. There, he earned many achievements, including finishing tenth in his class, getting elected student class president, and lettering in baseball, football, and basketball. After graduating from high school in 1959, he chose to attend the University of Illinois on a football scholarship, instead of signing the contract he was offered by a minor league professional baseball team. After only two semesters at the University of Illinois, a predominantly white school, Jackson transferred to North Carolina A&T, which is a historically black university in Greensboro, North Carolina. There, he excelled, and not only played the position of quarterback on the football team, but was elected student body president and was active in local civil rights protests against segregation. Following his college graduated in 1964 with a B.S. in sociology, he received a scholarship to attend the Chicago Theological Seminary to study for a master's degree. However, he dropped out in 1966 so he could focus all of his time and energy on the civil rights movement. Later, in 2000, he was awarded a Master of Divinity Degree based on his previous coursework and life experience.

Jackson is a member of the Greenville Eight, a group of eight Black Americans that participated in a sit-in at the white-only Greenville Public Library in his hometown of Greenville, South Carolina, on July 16, 1960. All of them were arrested for "disorderly conduct", and were bailed out by his pastor. Later, he began working for Martin Luther King Jr., and King was so impressed by him that he gave him the responsibility of establishing a frontline office for the Southern Christian Leadership Conference (SCLC) in Chicago.

In 1966 James Bevel and King then appointed Jackson to be the head of the Chicago branch of Operation Breadbasket, the SCLC's economic arm. The following year he was promoted to national director but eventually resigned from the SCLC to found a new anti-racism and anti-military oriented organization called Operation PUSH (People United to Save Humanity). Through PUSH, Jackson carried out numerous projects for the Black community, including the launch of the PUSH-Excel program for motivating teens and children to succeed. 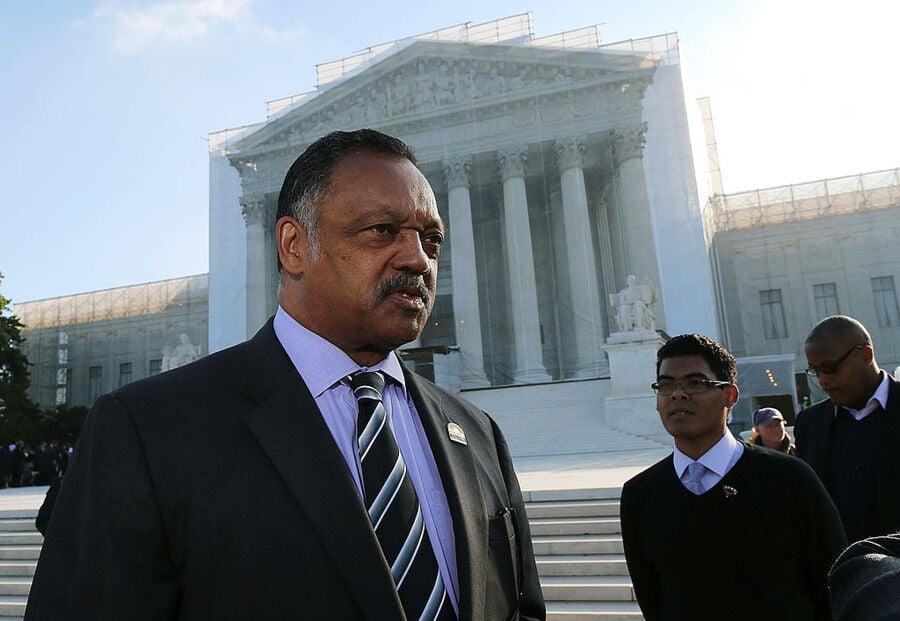 In 1984, Jackson launched a Democratic presidential campaign. He campaigned against Walter Mondale and Gary Hart in the Democratic presidential primaries. He was only the second black person to ever mount a nationwide presidential campaign as a Democrat, after Shirley Chisholm. In 1988, he tried again to win the Democratic presidential nomination. This time around, his campaign was more organized and better funded. At one point, after winning 55% of the vote in the Michigan Democratic caucus, he was actually considered to be the front-runner for the nomination. However, he lost a series of primaries to Michael Dukakis, and ultimately lost the nomination. During both campaigns, his platform remained mostly the same, and was what was considered to be a highly liberal platform that focused on things like cutting the Department of Defense budget, creating a single-payer healthcare system, ratifying the Equal Rights Amendment, providing free community college to all, supporting the formation of a Palestinian state, and re-prioritizing the War on Drugs away from mandatory minimum sentences for drug users, among other points. Early on in his career he was an outspoken pro-life advocate, but has since changed his views to that of pro-choice, and less government interference in women's decisions.

Despite losing his two attempts to campaign for the presidency, Jackson did eventually serve in political office though. From 1991 to 1997, he served as the "shadow senator" for the District of Columbia. This unpaid position's main responsibility was to lobby for statehood for the District of Columbia. Later, he backed Democratic candidate Bill Clinton during his presidential campaign, and was a key ally in influencing African-American voters to give Clinton their support. In the 2008 presidential election, he supported Barack Obama's campaign, and was seen in tears before Obama's speech at his victory rally following his victory on November 4, 2008. In the 2016 presidential election, Jackson endorsed the Democratic candidate Hillary Clinton, and in the 2020 Democratic Party presidential primaries he endorsed Bernie Sanders.

In addition to his career in activism and politics, Jackson also served as the host of the show "Both Sides with Jesse Jackson" on CNN from 1992 to 2000. 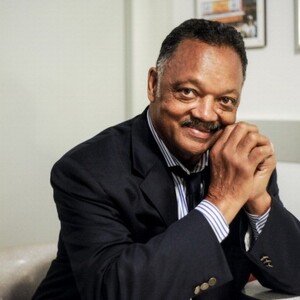