What is Jared Polis's Net Worth and Salary?

Jared Polis is an American politician, philanthropist and entrepreneur who has a net worth of $400 million dollars. Jared is one of the richest politicians in America. Jared Polis was elected as governor of Colorado 2019. Before this, he served one term on the Colorado State Board of Education and five terms as a representative from Colorado's 2nd congressional district. Notably, Polis made history as the first openly gay man to be governor of a state in the US, as well as the first Jewish person to be governor of Colorado.

Polis was aslo the founder of ProFlowers.com which he sold to Liberty Media for $500 million in 2005.

Jared Polis was born on May 12, 1975 in Boulder, Colorado to Jewish parents Susan and Stephen, founders of the book and greeting card publisher Blue Mountain Arts. As a teen, he lived in San Diego, California, where he went to La Jolla Country Day School. For his higher education, Polis went to Princeton University, earning his bachelor's degree in politics in 1996. While there, he was the communications director of the undergraduate student government, and was also involved in such campus groups as the Princeton Juggling Club and Model Congress.

While he was still in college, Polis co-founded the internet access provider American Information Systems. He also co-founded an electronic greeting card website, and founded the online florist ProFlowers. Eventually, the latter business was renamed Provide Commerce; it was purchased by Liberty Media Corporation in 2005.

Polis began his political career in 2000 when he was elected to the Colorado State Board of Education; he served one six-year term until early 2007. Toward the end of his tenure, he was co-chair of Coloradans for Clean Government, which promoted the citizen-initiated ballot measure Amendment 41. Polis also co-chaired the Building for Our Future campaign, which was committed to the improvement of worn-down school facilities in Colorado.

In 2008, Polis emerged victorious in the Democratic primary to represent the 2nd congressional district of Colorado; he ultimately won the general election in November, succeeding Mark Udall. Polis was reelected in 2010, 2012, 2014, and 2016. During his tenure, he helped raise money for Democratic candidates in hotly contested congressional districts. Additionally, he introduced such legislation as the Affordable College Textbook Act and the Lake Hill Administrative Site Affordable Housing Act. Among his committee assignments, he served on the Committee on Education and the Workforce; the Committee on Natural Resources; and the Committee on Rules. Polis was also a member of such caucuses as the Congressional Cannabis Caucus, the LGBT Equality Caucus, and the Problem Solvers Caucus. 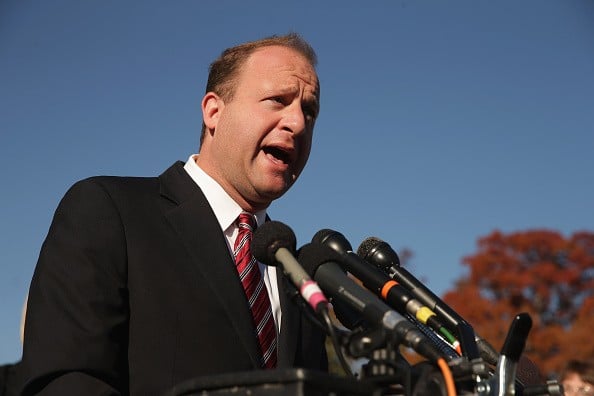 Among his notable political views, Polis is an ardent proponent of legalizing cannabis; on this topic, he introduced such legislation as the Ending Federal Marijuana Prohibition Act and the Regulate Marijuana Like Alcohol Act. In regard to students and education, he has sponsored numerous bills such as the School Lunch Improvements for Children's Education Act and the Defending Special Education Students and Families Act, which provides full funding to the Individuals with Disabilities Education Act. On the energy side of things, Polis has sponsored ballot measures against hydraulic fracturing. In matters of foreign policy, he supported the full removal of troops from Afghanistan and the expansion of economic sanctions against Iran.

As an openly gay member of Congress, Polis was active in advocating for LGBT rights. He caucused in the LGBT Equality Caucus, and made a push to repeal the Defense of Marriage Act. Polis was one of the original co-sponsors of the Respect for Marriage Act, which repealed the Defense of Marriage Act to permit the marriage of homosexual couples. Additionally, he was the leading sponsor of the Student Non-Discrimination Act; a co-sponsor of the Matthew Shepard and James Byrd Jr. Hate Crimes Prevention Act; and an advocate for LGBT domestic violence victims to be included in the Violence Against Women Act.

In 2021, Polis married writer and animal rights advocate Marlon Reis; in the process, he became the first United States governor to have a same-sex spouse. Polis and Reis have a son and a daughter.

Among his hobbies, Polis is a fan of the video game "League of Legends," and is particularly fond of the champions Anivia and Maokai. Polis also supports the Denver Broncos and the Colorado Rockies. 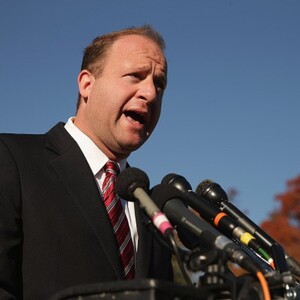