In 1980, Jane married engineering tycoon Sidney Harman. Sidney earned a fortune as the co-founder of Harmon Kardon, a company that manufactures home and car audio equipment. Today Harman manages the audio brands JBL, AKG Acoustics and Infinity. Sidney died in 2011 at the age of 92. In 2017 Harmon Kardon was acquired by Samsung Electronics for $8 billion.

Jane spent much of the 1980s working in corporate law. She entered politics in the early 1990s and was elected to the House of Representatives in 1993 to serve California's 36th congressional district. She served from 1993 to 1999 and then again from 2001 to 2011.

Newsweek: In August 2010, Sidney reached a deal to acquire Newsweek magazine for $1 PLUS the assumption of the magazine's significant financial liabilities. At the end of 2010 Newsweek was merged with TheDailyBeast.com. Today the combined entity is 50% owned by tech conglomerate IAC/InterActiveCorp and 50% by Jane Harman. 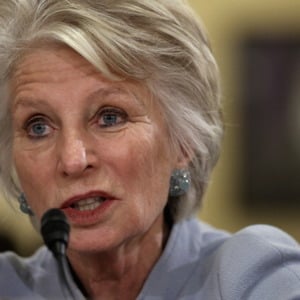