Howard Dean net worth: Howard Dean is an American former politician who has a net worth of $4 million. Howard Dean was born in East Hampton, New York in November 1948. He served as the 79th Governor of Vermont from 1991 to 2003 and was a candidate for the Democratic nomination in the 2004 U.S. Presidential Election.

From 1987 to 1991 Dean served as the 75th Lieutenant Governor of Vermont. From 2005 to 2009 he served as the Chairperson of the Democratic National Committee. Dean served as a member of the Vermont House of Representatives from 1983 to 1986. He was the top fundraiser and front runner prior to the Iowa caucus in the 2004 election. He pioneered the use of Internet based fundraising along with grassroots organizing. Dean graduated from the Albert Einstein College of Medicine and earned his medical degree in 1978. He formed and organized Democracy for America and created and employed the 50 State Strategy while running for president. He is currently working as an adviser at lobbying firm McKenna Long & Aldridge. Dean had expressed interest in running for president in 2016 but later said he would support Hillary Clinton. 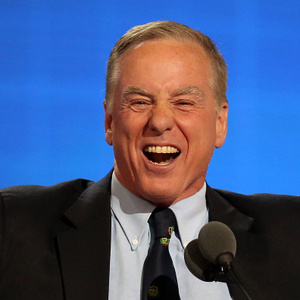