Herb Kohl Net Worth: Herb Kohl is an American businessman and politician who has a net worth of $400 million dollars. Herb Kohl is the owner of the Milwaukee Bucks National Basketball Association and current Chairman of the Senate Special Committee on Aging. He has served as Wisconsin's Senator for four separate terms.

Born Herbert H. Kohl on February 7, 1935, in Milwaukee, Wisconsin, he made his fortune through his own company, Kohl Investments, which he eventually sold to Goldman Sachs. In addition, Kohl is a former United States Senator from Wisconsin and a member of the Democratic Party, as well as the owner of the NBA team Milwaukee Bucks. Having earned a BA from the University of Wisconsin in 1956 and a MBA degree from Harvard Business School in 1958, he started working as an investor in real estate and the stock market. Soon, Kohl set up Kohl Investments. Meanwhile, he and his brother inherited a family-owned chain that included 50 grocery stores including several department stores, pharmacies, and liquor stores. Kohl was the one who had the main responsibilities in the business. He served as Kohl's CEO from 1970 until the sale of the corporation in 1979. Concurrently, he became the Chair of the Wisconsin Democratic Party, from 1975 to 1977. Since 1988, he had served in the Senate and again was reelected in 1994 and 2000. Aside from politics, Kohl purchased the Milwaukee Bucks from Jim Fitzgerald in 1985 only to ensure the team remained in Milwaukee. In 2003, he doubted whether to sell the team to former NBA superstar Michael Jordan, but still decided to keep the ownership. In 2007, Herb Kohl got elected to the Wisconsin Athletic Hall of Fame. 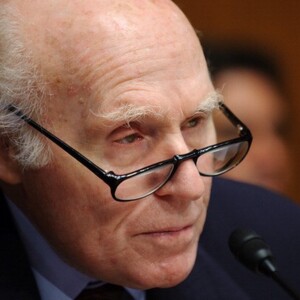