How much is Harry Reid Worth?

How much does a senator make? – US Senator Salary

Harry Reid has had plenty of criticisms and accusations thrown his way, while in office. He's been accused of trying to increase the value of his own property by having a bridge built between Nevada and Arizona. He was also accused of using campaign contributions for personal use, and in using his political power to help a friend who is also one of his son's (an attorney) clients to build a golf course. Other accusations include taking donations from four Indian tribes during the Jack Abramoff Indian Lobbying Scandal.

Harry Reid married Landra Gould in 1959. They have four sons and a daughter. His son Josh, was appointed by President Barack Obama, to the Tahoe Regional Planning Agency's Governing Board as a presidential appointee, and is a partner in the law firm, Brownstein Hyatt Farber Schreck. Another son, Rory, (an elected commissioner for Clark Country, Nevada) was also nominated in the Governor of Nevada election. Another son put his hat in the ring for municipal office for Cottonwood Heights, Utah. Key Reid is a former attorney at the law offices of Lionel, Sawyer and Collins. Leif Reid is a lawyer dealing with administrative law, utilities, energy and commercial for the law offices of Lionel, Sawyer and Collins. There were requests that Harry Reid should resign his position in the senate, after making a racial comment during President Obama's campaign, but were told that there is no chance of that happening. Reid apologized for his comment, both publicly and to the President himself, in which President Obama accepted.

Harry Reid has a role in the film, "Casino," which has a reenactment of part of the Harry Reid-Frank Rosenthal confrontation, filmed in 1995. Reid has also appeared in the 2000 film, "Traffic" and the 2007 documentary film, "Sand and Sorrow," along with Senators, Sam Brownback and Barack Obama when he was U.S. Senator of Illinois. 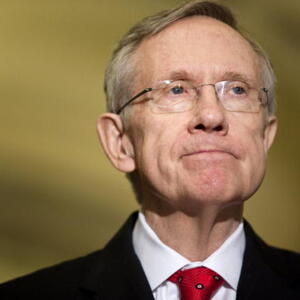