Gabby Giffords net worth: Gabby Giffords is an American politician and gun control advocate who has a net worth of $20 million. According to Gabby's 2011 financial disclosure, she and Mark were worth just $2 million at that point in time. According to his 2019 financial disclosure, Mark and his Gabby Giffords now have a combined net worth of between $10 and $30 million. The family's fortunes increased as Mark became a highly-sought-after and highly-paid public speaker. They also earned money from book deals, business consulting and corporate board memberships. Since January 2019 Mark earned as much as $8 million from his various endeavors. He earned $1.9 million from 64 paid speeches since January 2018.

In 2011 she was the victim of an assassination attempt but she survived and returned to politics. Giffords submitted her resignation the day after attending President Obama's State of the Union address in 2012. 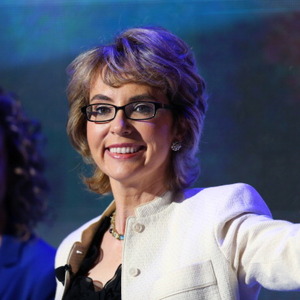