Evan Bayh Net Worth: Evan Bayh is an American lawyer and Democratic politician who has a net worth of $5 million. Born Birch Evans Bayh III on December 26, 1955, in Shirkieville, Indiana, he served as the junior U.S. Senator from Indiana. A graduate with honors in business economics and public policy from the Indiana University Kelley School of Business, he received a J.D.

Degree from the University of Virginia School of Law in 1981. Backed with solid education, Bayh clerked for a federal judge before entering private law practice in Indianapolis. It was in 1986 that he was elected to land public office as the Secretary of State of Indiana. He held the post for two years, after which he completed two terms as a Governor and briefly took a job in lecturing at Indiana University Kelley School of Business. In the period from 1999 to 2011, he joined the U.S. Senate occupying a seat once held by his father, Birch Bayh. Once he left the Senate, Bayh partnered with the law and lobbying firm McGuireWoods in the firm's Washington, D.C., office, as well as he became a senior adviser with Apollo Global Management. In March 2011, he got hired as a Fox News contributor and later that year he also became a messaging adviser for the U.S. Chamber of Commerce. What's more, he joined the board of directors at Berry Plastics Corp by the end of 2011. 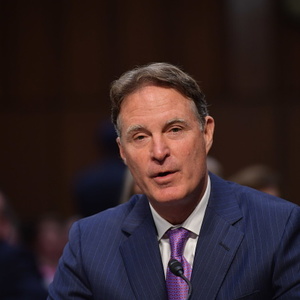