Ethel Kennedy net worth: Ethel Kennedy is the widow of Senator Robert F. Kennedy. Ethel has a net worth of $50 million. Born in Chicago, in 1928, to a Roman Catholic mother and a Protestant father, Ethel was raised as a Catholic in Greenwich, Connecticut. After finishing the all-girls academy in Greenwich, as well as the Convent of the Sacred Heart in Manhattan, she began her higher education at Manhattanville College of the Sacred Heart (then located in Manhattan).

Ethel met her future husband Robert F. Kennedy in 1945, during a ski trip to Mont Tremblant Resort in Quebec, Canada. Back then, Robert was in a relationship with Ethel's sister, Patricia. But soon after Robert and Patricia separated, and he started dating Ethel. Five years later they got engaged and on June 17th 1950, they tied the knot at St. Mary's Catholic Church in Greenwich. At first, the newly weds lived in Charlottesville, Virginia, and after Bobby graduated with his law degree they moved to Washington, DC afterwards. This period, they got their first child, Kathleen, and Bobby started to work for the Department of Justice. Throughout the 1950s, Robert managed John F. Kennedy's successful 1952 Senate campaign in Massachusetts, after which he started his career with the federal government working his way up to becoming an Attorney General of the United States and a United States Senator for the state of New York. In 1956, they settled in the enormous house Hickory Hill, in McLean, Virginia, where they held many get-togethers and raised their rapidly-growing family. Nothing was the same after RFK's assassination on June 5, 1968. Ethel and her ten children (an eleventh was born later that year) suffered a loss that was beyond repair. Following her husband's death, Ethel claimed she would never marry again. However, she spent quality time with singer and family friend Andy Williams, who escorted her to various events. The widowed Kennedy continued to live at the family home in Virginia until December 2009, when it was sold for $8.25 million. 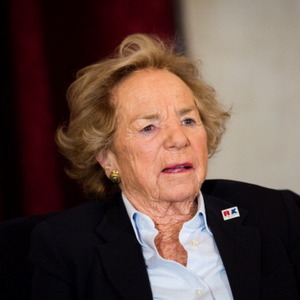