What is Elizabeth Warren's Net Worth?

Elizabeth Warren is a Democratic politician and former law professor who has a net worth of $8 million. Warren is best known for serving as the senior United States senator from Massachusetts and for running for President on several occasions. As a senior senator, she earns a salary of $194 thousand per year.

Considered a progressive, she is focused on improving such areas as consumer protection, social welfare, and economic opportunity. In 2012, Warren became the first female senator from Massachusetts, and in 2019, began her candidacy for the US presidential election.

According to a Federal financial disclosure in February 2019, Elizabeth Warren's net worth is somewhere in the range of $4 to $8 million depending on the value of various assets at a given time. In April 2019 Elizabeth released 15 years' worth of tax returns that showed she has made a small fortune selling books. In 2018 Warren and her husband's total income was $846,000. Since 2013 she has earned $3 million in book royalties and advances. Their income spiked to an all-time high of $1.5 million in 2014, the year her memoir "A Fighting Chance" was released.

Elizabeth Warren was born on June 22, 1949 in Oklahoma City as the fourth child of homemaker Pauline and former US Army flight instructor Donald. She and her three older brothers were raised Methodist in a working-class family, first in Norman before returning to Oklahoma City. To assist her financially struggling parents, Warren began waiting tables at her aunt's restaurant when she was 13. She attended Northwest Classen High School, where she was a star member of the debate team. Following her graduation, she enrolled at George Washington University on a debate scholarship. Although she originally wanted to be a teacher, Warren dropped out of GWU in 1968 to marry her high school sweetheart Jim. The two then moved to Houston, Texas, where Warren enrolled at the University of Houston while Jim worked at IBM. Warren graduated in 1970 with a BS degree in speech pathology and audiology, and went on to teach children with disabilities for a year at public schools.

When her husband received a job transfer, Warren moved with him to New Jersey. She subsequently enrolled at Rutgers Law School, from which she obtained her J.D. in 1976. After then passing the bar examination, Warren provided legal services such as writing wills and conducting real estate closings. Throughout the late 70s and over the following decades, she taught law at numerous American universities. She also did research related to bankruptcy and middle-class personal finance, and became involved in public work in consumer protection.

Warren has had many important advisory roles throughout her career. In 1995, she became an advisor to the National Bankruptcy Review Commission, helping to draft its report and work on legislation advocacy. Later, from 2006 to 2010, Warren was a member of the FDIC Advisory Committee on Economic Inclusion. During this time, she also became chair of the Congressional Oversight Panel to oversee the implementation of the Emergency Economic Stabilization Act. She was subsequently appointed by President Obama to be Assistant to the President and Special Advisor to the Secretary of the Treasury.

In 2012, Warren ran unopposed for the Democratic nomination in the election for Massachusetts state senator. She won the race, becoming the first woman ever elected as senator from Massachusetts. Warren went on to position herself as an outspoken advocate for the struggling middle class, and to vehemently oppose the corruption and dominance of Wall Street and corporate CEOs. Due to her focus on economic justice, she was assigned a seat on the Senate Banking Committee, where she fought to hold the big banks accountable for their crimes. In December of 2016, she gained a seat on the Senate Armed Services Committee. 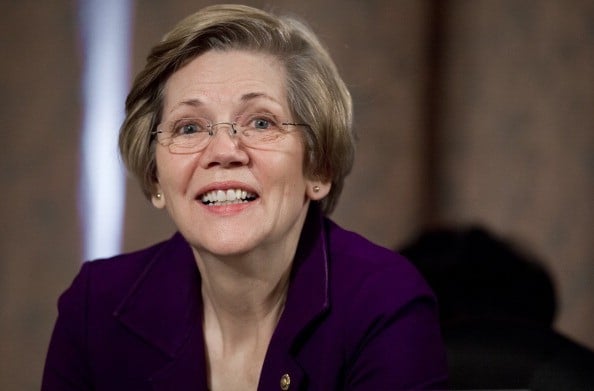 In February of 2019, Warren officially announced her candidacy for the Democratic presidential nomination in Lawrence, Massachusetts. She ran on a platform of economic and social equity, in which she proposed to reduce student loan debt and offer free public college tuition; make huge corporations pay more in taxes; introduce better regulation on large tech companies; and to create more opportunities for American workers. Among her signature policy proposals was a wealth tax on those making more than $50 million. During her campaign, Warren became known for her incredibly detailed policy plans, which she outlined on her website. These plans covered such areas as healthcare, clean energy, climate change, universal childcare, and the opioid crisis.

Warren polled well for much of her campaign, often coming in second to Joe Biden. By September of 2019, an Iowa poll placed her in the lead. She quickly became one of the frontrunners, and boosted her profile by attending over 100 town halls and staying afterward to chat with members of the audience. However, her support eventually diminished, and she withdrew from the race in March of 2020 following Super Tuesday.

Considered a progressive, Warren supports such causes as worker representation, Medicare for All, a higher minimum wage, holding white-collar criminals accountable, and breaking up corporate monopolies. She believes in universal childcare, and in making wealthy citizens pay their fair share of taxes.

Warren has published many non-fiction books and academic articles over the years, many of which focus on issues of debt, bankruptcy, medical insurance, childcare, and income inequality. Her published book titles include "The Fragile Middle Class," "The Two-Income Trap," "All Your Worth," "A Fighting Chance," "This Fight is Our Fight," and "Persist."

Among her many accolades and honors, Warren received the Lelia J. Robinson Award from the Women's Bar Association of Massachusetts in 2009. The same year, she became the first professor in Harvard history to twice win the law school's Sacks-Freund Teaching Award. In 2011, Warren received an honorary Doctor of Laws degree from her alma mater of Rutgers Law School, and was inducted into the Oklahoma Hall of Fame. 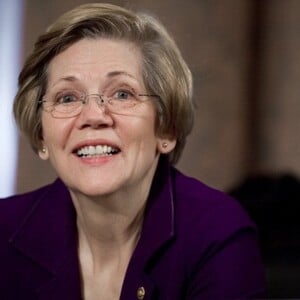