What is Eliot Spitzer's Net Worth?

Eliot Spitzer is an American lawyer, political commentator, and Democratic Party politician who has a net worth of $75 million. After graduating from Princeton and Harvard, Spitzer began his career as a lawyer with several New York law firms. He then became the Attorney General of New York and earned a fearsome reputation within the financial services industry for his strict approach to corruption. In 2006, Eliot was elected as the New Governor of New York.

His tenure would end in disgrace and controversy after his dealings with prostitutes were discovered. Forced to resign in disgrace, Spitzer then spent his time appearing on various television shows while also serving as an instructor at the City College of New York. During this period, Spitzer also began to build up what has been described as a "real estate empire." In 2013, he made a failed attempt to re-enter the world of politics, losing to Scott Stringer in an election for the role of New York City Comptroller. That said, Spitzer is still a member of the Democratic Party.

Eliot Laurence Spitzer was born on June 10th of 1959 in the Bronx, New York City. His mother was an English literature professor, while his father was a well-known real estate mogul by the name of Bernard Spitzer. Raised in an affluent Jewish household alongside two siblings, Eliot attended Princeton University after scoring extremely high test scores. While at Princeton, he obtained an AB from the Woodrow Wilson School of Public and International Affairs. Spitzer then attended Harvard Law School after obtaining a perfect score on the Law School Admission Test and earned his Juris Doctor. During his time at Harvard, he met and married his first wife while also serving as an editor for the "Harvard Law Review."

Also during the early 90s, he ran for Attorney General for the first time. After an initial loss, he was eventually successful in 1998. He was re-elected in 2002 before announcing plans to run for Governor of New York in 2004. In 2006, he became successful and defeated the Republican candidate John Faso. During his time as Governor, Eliot campaigned to legalize same-sex marriage and tried to limit police surveillance powers. 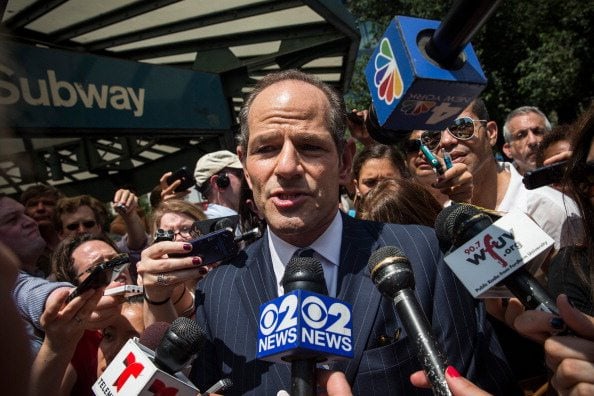 In 2008, "The New York Times" reported that Eliot had been paying $1,000 per hour for the services of a high-class escort employed by a company called Emperors Club VIP. A federal wiretap revealed that he had met for two hours with a 22-year-old woman, later revealed to be Ashley Dupre, who later declined to comment on the ordeal. It was later determined that Spitzer had paid about $15,000 to this escort company for seven or eight encounters with prostitutes. As more information was revealed, it quickly became clear that this was not an isolated incident. It has since been estimated that Spitzer spent about $80,000 in total for the services of prostitutes over his political career, during which was he was serving as Attorney General and Governor.

Federal authorities were tipped off when Spitzer started to engage in suspicious banking transactions. His bank reported these transactions due to anti-money laundering laws put in place by the Patriot Act. Initially, authorities allegedly wondered if Spitzer was accepting bribes, but their investigation ultimately led them to the prostitution ring. As a result, Spitzer immediately resigned. His wife stood by him as he faced this controversy, although they eventually started living apart before ultimately divorcing in 2013.

After divorcing his wife in 2013, Eliot began a brief relationship with spokeswoman Lis Smith. He then became engaged to Roxana Girand in 2019 after the pair began a relationship back in 2017. Girand is the founder and president of well-known real estate agency Sebastian Capital. In 2020, it was reported that they had postponed their planned marriage due to Covid-19 concerns.

Since stepping away from politics, Spitzer has become quite active in the world of real estate. This is especially true after beginning his relationship with real-estate figure Roxana Girand. It should be noted that Spitzer is no stranger to real estate, as he is the son of the well-known real estate developer Bernard Spitzer. Eliot eventually created Spitzer Enterprises, which is a rebrand of his late father's company, Spitzer Engineering.

In 2020, it was reported that Roxana and Girand had purchased two condos in the Upper East Side of New York worth a total sum of $4.37 million. The two condos measure a combined total of 2,276 square feet. Building amenities include a pool, a roof deck, and a garden with a waterfall.

According to his tax returns, Spitzer earns a considerable income as a landlord. This income has increased from $1.4 to over $2.5 million per year over a period spanning from 2006 to 2012. Many of the buildings that generate rental income for Eliot were previously built or owned by his late father. In 2013, it was reported that this rental income was responsible for roughly 60% of Spitzer's yearly earnings.

In 2015, it was reported that Spitzer had set a world record with the sale of an office building in Midtown New York for $1.78 billion. At the time, this was the highest price per square foot ever paid for an office building. Eliot's real estate company closed the deal. 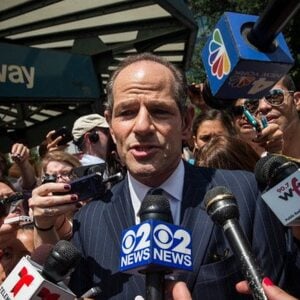