Elijah Cummings net worth: Elijah Cummings was an American politician who had a net worth of $1.3 million at the time of his death in October 2019. According to his most recent personal asset disclosure, Elijah Cummings' peak net worth ranged between $1.1 and $1.5 million, with roughly $750,000 of his net worth coming from his Baltimore home. Elijah Cummings was born in Baltimore, Maryland in January 1951. He graduated from Baltimore City College, Howard University, and earned his JD from the University of Maryland, Baltimore. From January 1983 to January 1996 he served as a member of the Maryland House of Delegates from the 39th district. Cummings became a member of the U.S. House of Representatives from Maryland's 7th district in April 1996. In January 2019 he became the Chair of the House Oversight Committee. Elijah Cummings served on the Committee of Transportation and Infrastructure's Subcommittee on Coast Guard and Maritime Transportation and Subcommittee on Railroads, Pipelines, and Hazardous Materials. He also served on the Committee of Oversight and Government Reform's Subcommittee on Domestic Policy and Subcommittee of Federal Workforce, Post Office, and District of Columbia as well as on the Select Committee on Benghazi.

Personal Life and Death: Unfortunately, Elijah Cummings died on October 17, 2019 at the age of 68 from "complications concerning longstanding health challenges". He was married to Maya Rockeymoore Cummings. He was survived by three children together. 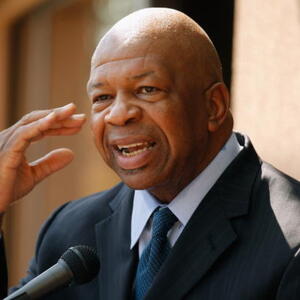