How much is Doug Jones Worth?

Doug Jones net worth: Doug Jones is an American politician and attorney who has a net worth of $1 million. Doug Jones was born in Fairfield, Alabama in May 1951. He is a Democrat who earned his BS from the University of Alabama and his JD from Samford University. Jones served as a United States Attorney for the Northern District of Alabama from 1997 to 2001. He became a United States Senator from Alabama in 2018. As a federal prosecutor he prosecuted members of the Ku Klux Klan who perpetrated the Birmingham church bombing in 1963 as well as the terrorist responsible for the Atlanta Olympic Park bombing. Doug Jones ran against the controversial Roy Moore to fill the Senate seat vacated by U.S. Attorney General Jeff Sessions. He became Alabama's first Democratic U.S. Senator in 205 years and has served on committees including the Special Committee on Aging, the Committee on Banking, Housing, and Urban Affairs, the Committee on Health, Education, Labor and Pensions, and the Committee on Homeland Security and Governmental Affairs. 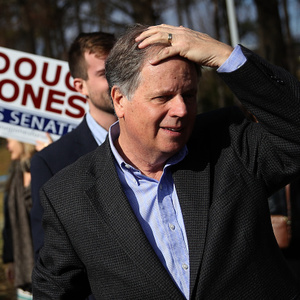