What is Dianne Feinstein's Net Worth and Salary?

Dianne Feinstein is a United States Senator from California who has a net worth of $90 million. According to her wealth disclosures over the years, Dianne's minimum net worth is $58 million and her maximum net worth $110 million. According to her most-recent asset disclosure, roughly $50 million of Dianne's net worth is attributable to a stake in Carlton Hotel Properties which owns several lodging assets, notably San Francisco's Hotel Carlton. She also reportedly holds between $5 million and $25 million in savings/checking at First Republic Bank. The remainder of her net worth is attributable to a diverse stock portfolio and personal real estate assets. Diane and her late husband, financier Richard Blum, own at least $30 million worth of real estate around the country.

She spent much of her final years in public office as the oldest sitting U.S. Senator. She has lead Democrat on the Senate Judiciary Committee since 2016. Dianne announced in November 2020 that she will step down from the position in 2021.

Feinstein was introduced to politics by an uncle who began taking her to San Francisco Board of Supervisors meetings when she was sixteen years old. In 1960, Dianne was appointed to the state's Women's Board of Parole, and in 1961, she worked to end housing discrimination in San Francisco and then went on to work for California's Industrial Welfare Commission. She won election to San Francisco's Board of Supervisors in 1969 and served on the board through the 1970s. Feinstein became San Francisco's first female mayor in 1978 and became one of the nation's most visible and recognized leaders. In 1990, she ran for governor of California against Republican candidate Pete Wilson but lost by a narrow margin. She immediately changed her focus and in early 1991 announced her intention to run for Wilson's former Senate seat in the 1992 election. Along with fellow Democrat Barbara Boxer, she was elected to the Senate in 1992, and the two became the first female senators ever elected in California.

Dianne Feinstein was born Dianne Emiel Goldman on June 22, 1933, in San Francisco, California. Her mother, Betty, was a former model, and her father, Leon, was a surgeon, and she grew up with two younger sisters. Dianne was the first Jewish person to graduate from Convent of the Sacred Heart High School, and she enrolled at Stanford University in 1951. While attending Stanford, Feinstein participated in student government, and she earned a Bachelor of Arts in History in 1955.

From 1955 to 1956, Dianne was a fellow at San Francisco's Coro Foundation, and she served on the California Women's Parole Board from 1960 to 1966 after being appointed by California Governor Pat Brown. Feinstein also served on the San Francisco Board of Supervisors from January 1970 to December 1978 and was elected president of the board in 1978. She ran for mayor of San Francisco (unsuccessfully) in 1971 and 1975. In the 1970s, the New World Liberation Front terrorist group targeted Dianne, leaving a bomb on a windowsill at her home. The bomb didn't detonate due to the fact that the temperature dropped below freezing that night, but the group later decided to shoot out the windows of Feinstein's beach house.

On November 27, 1978, former Board of Supervisors member Dan White assassinated Mayor George Moscone and Supervisor Harvey Milk at City Hall, and Dianne discovered Milk's body in his office just after the shootings occurred. She took on the role of acting mayor, and after the Board of Supervisors voted in favor of officially appointing Feinstein mayor, she was inaugurated on December 4, 1978. In 1979, the city's cable car system was shut down for emergency repairs, and Dianne was instrumental in getting federal funding for the $60 million rebuilding the system needed. In 1982, Feinstein vetoed domestic partnership legislation, causing anger and disappointment among San Francisco's gay community. In 1984, Dianne proposed banning handguns in the city, and the White Panther Party tried to have her removed from office, but Feinstein was victorious in the recall election. Dianne was named the country's "Most Effective Mayor" by "City and State" magazine in 1987, and she finished her second term on January 8, 1988. 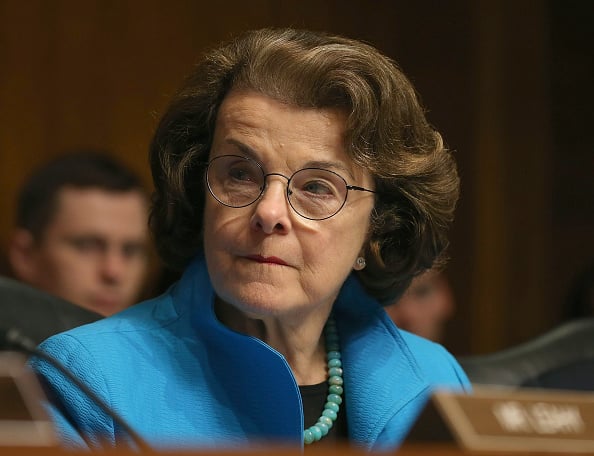 After Feinstein unsuccessfully ran for governor against Pete Wilson, a special election was held to fill Wilson's Senate seat. Dianne won and took office in November 1992, becoming California's senior senator and America's first female Jewish senator. Feinstein has been re-elected five times, and in 2012, she set the record for the highest number of popular votes in a U.S. Senate election with 7.75 million votes. Ahead of the 2018 election, the California Democratic Party's executive board chose to endorse State Senator Kevin de León instead of Dianne, but she won the "jungle primary" and was re-elected in November. During her time in the Senate, Feinstein has sponsored more than 60 bills, such as the REAL PEACE Act of 2018, Keep Families Together Act, Affordable Health Insurance for the Middle Class Act, and Gun Violence Prevention Order Act of 2017. Dianne has served as the Chair of the Senate Rules Committee and Senate Narcotics Caucus as well as the Chair and Vice Chair of the Senate Intelligence Committee.

Feinstein married her third husband, investment banker Richard C. Blum, in 1980. They remained married until his death in February 2022.

In January 2017, Dianne had an artificial cardiac pacemaker implanted, and after Ruth Bader Ginsburg's death in September 2020, many Democratic senators and aides expressed concern over Feinstein's ability to lead the charge against Ginsburg's potential replacement. In December 2020, "The New Yorker" published an article describing Dianne as "seriously struggling," saying that "her short-term memory has grown so poor that she often forgets she has been briefed on a topic."

In 2000, Dianne received a Special Recognition Award from the Susan G. Komen Breast Cancer Foundation for her work in support of breast cancer research and education. In 1984, she was awarded the Légion d'Honneur by French president François Mitterrand, and the American Medical Association honored her with a Nathan Davis Award in 2002. Feinstein has won public service awards from The American Friends of the Hebrew University of Jerusalem, the Los Angeles Anti-Defamation League of B'nai B'rith, the American Jewish Congress, and the Woodrow Wilson Center of the Smithsonian Institution. Several universities have awarded Dianne honorary degrees, including Golden Gate University, the University of San Francisco, Mills College, and the University of Santa Clara.

In 2006, Feinstein and Blum paid $16.5 million for a 9,500 square foot mansion in the Pacific Heights area of San Francisco. The 4-story estate includes five bedrooms, an elevator, and a wine cellar. Dianne and Richard also purchased a house in Washington, D.C.'s Spring Valley neighborhood for close to $6 million in 2001, and they built a $7.4 million home in Aspen, Colorado. 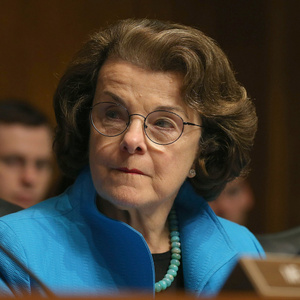