Conor Kennedy net worth: Conor Kennedy is an American socialite who has a net worth of $10 million dollars. Conor Richardson Kennedy is the first child born to politician Robert F. Kennedy, Jr. and Mary Kennedy. The circumstances surrounding Conor's birth have always been subject to some speculation. Mr. Kennedy was married to Emily Ruth Black, and had two children when he quite suddenly divorced Ms. Black in March of 1994, and married Mary Richardson in April of 1994.

She gave birth to Conor in July 1994. Though Conor and his three siblings, and two half siblings, have flown under-the-radar for the most part, they have recently been plunged into the spotlight. Mr. and Mrs. Kennedy began divorce proceedings in 2010, and Ms. Kennedy committed suicide in May of 2012. Media scrutiny immediately turned to the children who survived her. Conor Kennedy has been the focus of additional attention, as he is briefly was dating pop/country superstar, Taylor Swift. 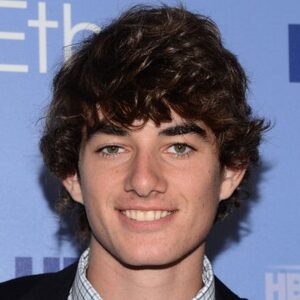