Born Claire Conner McCaskill on July 24, 1953, in Rolla, Missouri, she is a fervent Democratic Party member that serves as the senior U.S. Senator from Missouri. After she took her Juris Doctor from the University of Missouri School of Law in 1978, she has worked continuously in the public sector except for three years spent in private practice. McCaskill has since pursued an active political career before defeating Republican incumbent Jim Talent in the 2006 United States Senate election. Thus, she became the first woman to be elected to the U.S. Senate from Missouri in her own right. Next, she landed the position of a state's senior U.S. Senator filling in the shoes of Kit Bond upon his retirement in 2013. Having defeated Republican occupant Todd Akin, she won the re-election bid in 2012. In the United States Senate, McCaskill has served as a member of the Committee on Armed Services, Committee on Commerce, Science and Transportation, Committee on Homeland Security and Governmental Affairs, and Special Committee on Aging. Furthermore, she is the one to chair the Homeland Security Subcommittee on Contracting Oversight. 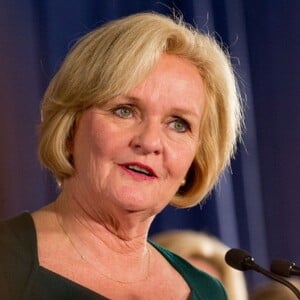