What is Chuck Schumer's Net Worth?

Chuck Schumer is an American Democratic politician who became the Senate Majority Leader in January of 2021. Chuck Schumer has a net worth of $900 thousand. Before becoming Senate Majority Leader, Chuck was a three-term member of the New York State Assembly from 1975 to 1980, and served in the House of Representatives from 1981 to 1999. Later, from 2005 to 2009, Schumer chaired the Democratic Senatorial Campaign Committee, during which time he oversaw 14 Democratic gains in the Senate. Chuck Schumer is related to comedian Amy Schumer. Chuck and Amy's father are second cousins. One of Chuck's daughters works for Facebook, the other works as a lobbyist for Amazon. His son-in-law also worked for Google for two years. Their positions became a controversial point in 2022 when Chuck refused to bring a key piece of legislation that would have curtailed the power of big tech companies including Facebook and Amazon, to the floor of the Senate for a vote during his time as Majority leader. Some called his refusal to bring the vote, which apparently had enough votes to pass, a dereliction of duty and an unethical obvious conflict of interest to satisfy his daughters.

In 1974, Schumer was elected to the New York State Assembly; he would go on to serve three terms through 1980. Following this, he won the vacated House seat left by 16th district Congresswoman Elizabeth Holtzman. Schumer was reelected eight times afterward, during which time he was redistricted to the 10th and 9th congressional districts. 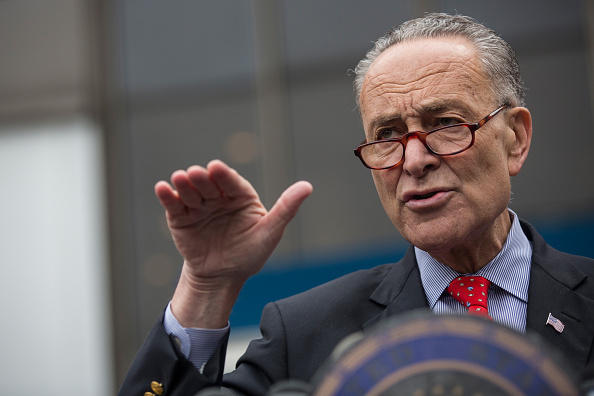 Schumer was elected minority leader of the Senate in 2016, becoming the first Jewish person and first New Yorker to serve in that position. A little over four years later, following the swearing-in of Georgia senators Jon Ossoff and Raphael Warnock, Schumer became the majority leader, replacing Mitch McConnell.

Throughout his career, Schumer's political positions have ranged from the progressive to the more conservative. On the side of the former, he is pro-choice, pro-same-sex marriage, in favor of significant gun control legislation, and supportive of efforts to decriminalize marijuana on the federal level. In 1994, along with Senator Dianne Feinstein, he helped author the Assault Weapons Ban. Schumer is less progressive in regard to the economy, as he has been known to endorse the deregulatory agenda of Wall Street, backing measures that led to the financial crisis in 2008. He has fervently defended low taxes on private equity and hedge fund managers, and denounced Obama's call to raise taxes on those making over $250,000 a year. Schumer was also a supporter of the Iraq War in 2003, although he was critical of the Bush administration's particular Middle East strategies.

On the subject of immigration, Schumer is part of a bipartisan group of senators who authored and sponsored a comprehensive immigration reform bill in 2013. The bill, which ultimately died under Speaker John Boehner's House of Representatives, would have it made it possible for many undocumented immigrants to earn legal status and citizenship.

A staunch supporter of Israel, Schumer took the side of the country in the 2014 Israel-Gaza conflict. He was a co-sponsor of a Senate resolution objecting to the UN Security Council Resolution 2334, which condemned Israeli settlement-building in occupied Palestinian territories.

In May of 2017, Schumer co-sponsored the Israel Anti-Boycott Act, which made it a federal crime for Americans to incite or participate in boycotts against Israel and Israeli settlements in occupied Palestinian territories while protesting the actions of the Israeli government. The bill would make it legal for states to refuse to do business with contractors who engage in such boycotts. 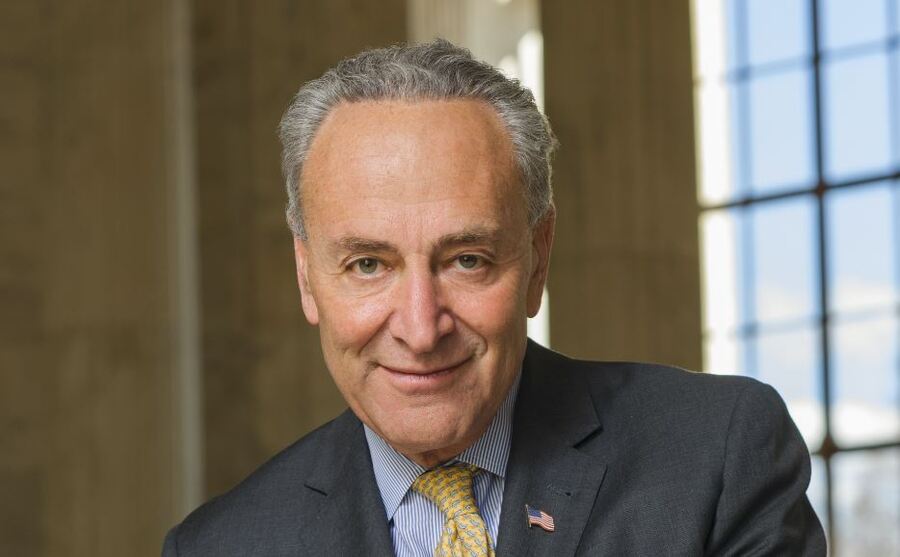 In addition to his work for the United States at large, Schumer has a reputation for being heavily involved in issues at the New York local level. Every year, he makes it a point to visit each of the state's 62 counties, something no other New York senator has done. He has focused on issues in the state such as job creation, taxes, and tourism, and has helped fund community programs for students.

Schumer married his wife, Iris Weinshall, in September of 1980 in a ceremony atop the north tower of the World Trade Center. The couple lives in the Park Slope neighborhood of Brooklyn, near Grand Army Plaza. Together, they have two children: Jessica and Alison. Both daughters graduated from Harvard College and found their way to jobs at big tech companies. Jessica was chief of staff and general counsel of the Council of Economic Advisors from 2013 to 2015 then became a registered lobbyist for Amazon. Alison is a marketing manager at Facebook's office in New York. Futhermore, Jessica's husband worked at Google-owned Sidewalk Labs from 2017 to 2019.

In recognition of his political career, Schumer has been bestowed with a number of honorary degrees. They include doctorates from Hofstra University, Hunter College, and Adelphi University, and Doctors of Laws from the New York Law School, Touro Law Center, and Brooklyn Law School.