Early Life: Chelsea Victoria Clinton was born on February 27, 1980, in Little Rock, Arkansas. Her father Bill was in his first term as the governor of Arkansas at the time. Hillary remarked that when she and Bill Clinton heard the 1960 recording by Judy Collins of Joni Mitchell's "Chelsea Morning," he said if they ever had a daughter, she should be named Chelsea. Clinton is academically inclined like her parents and was reading by the time she was three years old. She skipped the third grade. In 1993, her father was elected the 42nd President of the United States and the family moved to Washington, D.C. where Chelsea attended Sidwell Friends School. In 1997, she was a National Merit Scholarship semifinalist. She graduated from high school that same year. Her father was the graduation speaker for her class. During his address, Bill Clinton said: "A part of us longs to hold you once more." Sidwell Friends School is largely considered to be the "Harvard of Washington D.C.'s private schools." Sasha and Malia Obama also attended Sidwell.

Clinton went to college at Stanford University in Palo Alto, California. She graduated with highest honors in 2001 with a bachelor's degree in history. She then enrolled a Oxford University to get her MPhil degree in international relations in 2003. In 2010, she received her MPH degree at Columbia University's School of Public Health. In 2012, she began teaching at Columbia. 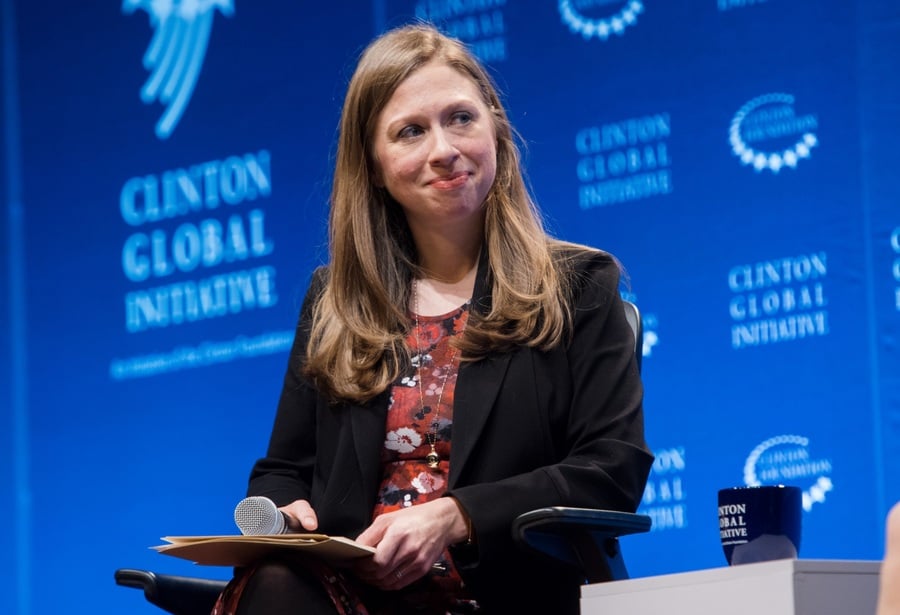 Career: After graduating from Stanford and Oxford, Clinton worked for McKinsey & Company and Avenue Capital Group before becoming the co-chair for a fund-raising week for the Clinton Foundation, and then Vice-Chair for the foundation. She serves on the board of the School of American Ballet and on IAC's board of directors. NBC hired Chelsea has a special correspondent in late 2011. The three-month gig allowed her to keep working for the Clinton Foundation and working on her graduate degrees. In February 2012, NBC renewed her contract. She left that job in the late summer of 2014.

Clinton had been a prominent part of the Bill, Hillary & Chelsea Clinton Foundation since 2011. She is a member of its board and gives paid speeches and donates her salary for those speeches back to the foundation. The Clinton Foundation focuses on improving global health, creating opportunities for women, and promoting economic growth.

Clinton has written five children's picture books: 2015's "It's Your World: Get Informed, Get Inspired and Get Going," 2017's "She Persisted: 13 American Women Who Changed the World (which was made into a musical)," 2018's "She Persisted Around the World: 13 Women Who Changed History" and "Start Now!: You Can Make a Difference," and 2019's "Don't Let Them Disappear: 12 Endangered Species Across the Globe." Her second and third children's books were instant bestsellers.

In 2020, it was revealed Clinton is working on an Olympic themed children's book. It will be the third book in her "She Persisted" series and will focus on women in sports.  "She Persisted in Sports: American Olympians Who Changed the Game" will be published on September 22 and will include sections on such prominent athletes including Wilma Rudolph, Mia Hamm, and Venus and Serena Williams.

The children's imprint Philomel Books, which publishes Clinton's children's books, also a series of chapter books of 80-page stories on the women in Clinton's "She Persisted" series. Chelsea and Hillary Clinton will write the forward for the books about Harriet Tubman, Sureme Court Justice Sonia Sotomayor, and Oprah Winfrey, to start the series off.

She also co-authored a scholarly book about global health policy called "Governing Global Health: Who Runs the World and Why?" in 2017. In 2019, she co-wrote a book with her mother called"The Book of Gutsy Women: Favorite Stories of Courage and Resilience." She and her mom went on tour promoting the book.

She also has written numerous articles and opinion pieces, published in major media outlets, such as CNN.com, Time magazine, Huffington Post, Refinery 29, and others.

In July 2020, Clinton announced that she intended to start a venture capital firm called Metrodora Ventures. She has been working on the plan for this business for several months and expressed interest in becoming an investor in at least two startups in the health care space including a pregnancy suport app called Poppy Seed Health.

Hillary Clinton Presidential Campaigns: Clinton began campaigning in Iowa in support of her mother's bid for the Democratic presidential nomination in December 2007.  She appeared across the country, largely on college campuses. Over five months, Chelsea spoke about her mother's candidacy at 100 colleges. Hillary Clinton lost the Democratic nomination in the 2008 race to Barack Obama.

Clinton also took an active part in her mother's presidential campaign in 2016. She appeared at more than 200 public events across the country.  In July 2016, she introduced her mother at the Democratic National Convention in Philadelphia, in a very personal and emotional tribute, touching on her own upbringing and describing her mother's commitment to issues and to public service.

Personal Life: In 2010, Clinton married investment banker Marc Mezvinsky. The Clintons and the Mezvinsky family were friends in the 1990s and their children met on a weekend Democratic political retreat in Hilton Head Island, South Carolina. The couple became engaged over Thanksgiving weekend in 2009 and after the honeymoon, they settled in New York City's Gramercy Park neighborhood. They were married in an interfaith ceremony (Mezvinsky is Jewish and Clinton is Methodist) in Rhinebeck, New York. The reception was held at Astor Courts, an estate overlooking the Hudson River at the home of Kathleen Hammer, who was once a producer at Oxygen Media.  On April 17, 2014, Clinton announced at a New York forum that she and Marc were expecting their first child.

Chelsea Clinton turned 40 years old in February 2020. In a 2001 interview, her father was beaming with pride when he said his daughter "has her mother's character and her father's energy," during a New York Times interview.

In 2020, Chelsea Clinton remarked that people were dying of the coronavirus pandemic because of President Donald Trump's failure in managing it or coming up with any sort of viable plan to mitigate its spread.

In early July 2020, Clinton tweeted in support of changing the names of schools named after Confederate Generals in Virginia's Hanover County. She wrote: "I am not a resident of Hanover County in Virginia, but I am a parent. We shouldn't have schools that celebrate the legacy of slavery and white supremacists in this country. All of our children deserve better." For instance, one of Hanover County's schools is named Stonewall Jackson Middle School. Another is Lee-Davis High School. The Hanover County chapter of the NAACP is suing to have the names changed. On July 14, 2020, Hanover County's school board voted 4-3 to rename the two schools named after leaders of the Confederate military.

Salary Highlights: In a January 2020 SEC filing, it was revealed that Chelsea has earned $9 million in compensation from IAC, where she has served as a member of the Board alongside Barry Diller. She was previously a Board member at the internet firm Expedia, where she earned $250,000 per year in base salary. She earned $600,000 from NBC during 2013 and 2014.

Real Estate: In 2008, Marc and Chelsea purchased a three-bedroom, 1,922-square-foot condo in central Manhattan for $4 million. The condo is on the tenth floor and features an open chef's kitchen, with a living and dining room beneath glorious ten-foot ceilings.

In 2013, Mezvinsky and Clinton sold this condo for $4.75 million and purchased a much larger, 5,000-square-foot apartment worth $10.5 million. The new apartment, located a few blocks from their old home, is the longest, most extended apartment in the entire city, stretching a whole Manhattan city block between 26th and 27th street. The apartment is a luxurious, ultra-modern, "environmentally-conscious" unit with Madison Square Park's stunning views. 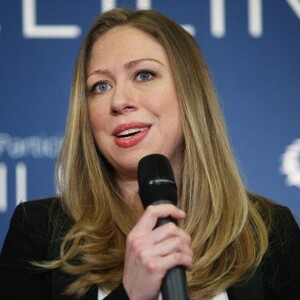