What is Cenk Uygur's Net Worth?

Cenk Uygur is a Turkish-American political commentator, internet personality and political activist. Cenk Uygur has a net worth of $10 million. Uygur is probably best known for being the creator of "The Young Turks," an American left-wing commentary program. He is also known as a political commentator, a media host, an attorney, and a journalist. Cenk started his career as a political commentator before briefly working as an associate attorney in Washington, D.C., and New York City. As time went on, Uygur began to adopt increasingly progressive political viewpoints. He once considered himself a conservative, but now adopts a viewpoint that is more in line with far-left figures like Bernie Sanders.

Outside of his work with "The Young Turks," Cenk is also known for co-founding Justice Democrats, a progressive political action committee. He is also a frequent fixture on MSNBC, Current TV. Uygur eventually went into politics himself, running in the special election and the regularly scheduled election for California's 25th congressional district to succeed Kate Hill, who had recently resigned at the time. Unfortunately, he lost both elections. His best result was 6.6% of the vote.

Cenk Kadir Uygur was born on March 21st of 1970 in Istanbul, Marmara, Turkey. At the age of eight, he emigrated with his family to the United States, initially settling in East Brunswick, New Jersey. Raised in a secular Muslim household, Uygur continued to follow the Muslim faith throughout college but later became agnostic. However, he still identifies culturally as a Muslim individual.

After graduating from high school, Cenk attended the Wharton School of the University of Pennsylvania, majoring in management. During these days, he became active in a number of councils and associations. He also wrote an article denying the Armenian genocide and other articles that appeared to be disparaging towards women. He very publicly disavowed these articles later in life. At some point, Uygur transferred to Columbia Law School and obtained a Juris Doctor degree.

Straight out of law school, Cenk started working as an associate at law firms in New York and Washington, D.C. However, he soon veered towards the broadcasting world instead, buying time on a local access channel to explore his love for political commentary. This first show was called "The Young Turk." During this period, Cenk also worked as a talk show host in Washington and Boston. He later became heavily involved with the new show "The Times," which was based in Florida.

After these initial roles, Uygur officially started the first iteration of "The Young Turks" on satellite radio. During the 2000s, he also started blogging for "The Huffington Post," writing on topics such as the Iraq War. Cenk later cited the Iraq War as the main reason he began to abandon his conservative viewpoints in favor of a more progressive stance.

Initially, "The Young Turks" featured Cenk and co-host Ana Kasparian. Eventually, it transitioned from satellite radio towards YouTube, with a more video-focused format. This proved to be a successful decision, as the YouTube channel of "The Young Turks" eventually amassed more subscribers than YouTube channels of major news organizations, such as CNN. This success has largely been attributed to Uygur's populist left branding of the program. 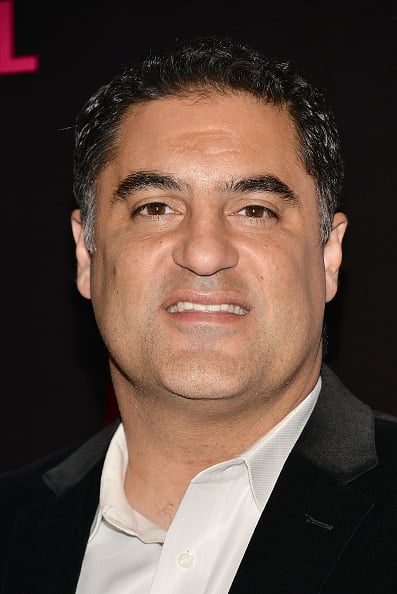 In 2015, "The Young Turks" started posting daily news videos on YouTube. Uygur now regularly claims that his program is the largest online news show in the world. The statistics certainly show its popularity, with over 7.5 billion total views on YouTube and climbing. The channel has over 5 million subscribers, which is admittedly not massively impressive when you consider the subscription levels of other channels that are not news-related. However, "The Young Turks" has a total of 13 million subscribers or followers when you consider their reach across all online platforms. The show is also available as a podcast on various platforms.

In 2011, the show also began airing on television after being picked up by Current TV. However, this came to an end in 2013. In 2018, "The Young Turks" created its own quasi-news channel on YouTube, which runs 24 hours a day. It includes both live and pre-recorded content.

As early as 2010, Uygur was being approached by MSNBC, who wanted to cash in on the host's exposure. He was first hired as a substitute anchor, and in 2011 he was chosen as the host of "MSNBC Live." This was after Keith Olbermann left the network. Unfortunately, figures like Cenk were seen as being incompatible with MSNBC's branding direction, with president Phil Griffin specifically criticizing Ugyur's manner of speaking. Cenk later claimed that MSNBC tried to censor him because of his anti-corporate viewpoints. Although he was offered a weekend slot, he declined and left cable news entirely. Uygur then focused entirely on "The Young Turks," as this entire experience left him disillusioned with mainstream media.

Cenk Uygur's political career began amidst the backdrop of the Occupy Wall Street movement in 2011. He created a political action committee called Wolf-PAC, which strives to end corporate personhood. The PAC also seeks to publicly finance all future elections in the United States. Over the years, Cenk has called for a restructuring of the Democratic Party. After Donald Trump was inaugurated, he founded the Justice Democrats, which strives to create a more progressive democratic party. The Justice Democrats is a group that is strongly inspired by the viewpoints of Bernie Sanders.

Unfortunately, Cenk was forced to step down from his position within the Justice Democrats when his earlier writings were discovered to contain racist and sexist messages. In his defense, he stated that he wrote these documents when he was "still a conservative." 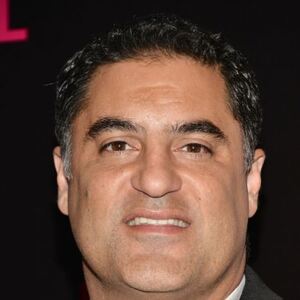