Bobby Rush net worth: Bobby Rush is an American politician and civil rights leader who has a net worth of $300 thousand. Bobby Rush was born in Albany, Georgia in November 1946. He is a Democrat who graduated from Roosevelt University, the University of Illinois, and McCormick Seminary. Rush served in the United States Army from 1963 to 1968.

He has been serving as a member of the U.S. House of Representatives from Illinois's 1st district since 1993. His district was located on the South Side of Chicago and was the highest proportion of African-Americans in any congressional district in the nation at 65%. The Illinois General Assembly redistricted the area after the 2010 census. Rush holds the distinction of being the only politician to defeat Barack Obama in an election which came in the 2000 Democratic primary for Illinois' 1st congressional district. Rush founded the Illinois chapter of the Black Panthers and was a civil rights activist in the 1960s. 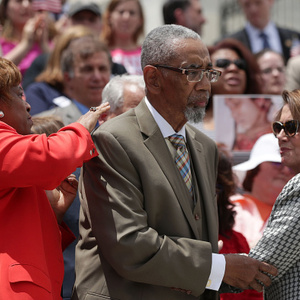