Bob Beckel net worth: Bob Beckel is an American political commentator who has a net worth of $10 million dollars. Born in New York, New York, Bob Beckel graduated from Wagner College. He began his political career early, working for Robert F. Kennedy's campaign for president in 1968. He later became the youngest deputy assistant secretary of state, while serving under President Carter.

He managed Walter Mondale's failed presidential bid, and was dismissed from campaign management duties for Alan Minkel's senatorial bid, after an extortion attempt by a prostitute. He co-hosted "Crossfire Sunday" on CNN for many years. He currently serves as an analyst for the Fox News Channel, co-hosts "The Five", and serves as a guest commentator on such programs as "Hannity", "America's Newsroom", and "Red Eye with Greg Gutfeld". He also writes for USA Today and is a professor at George Washington University. He occasionally makes acting appearances, and played himself in an episode of the show, "24". On May 19, 2017 it was announced that Bob Beckel had been fired from Fox News as part of an investigation into racial discrimination at the news network. According to a lawsuit, Beckel reportedly made a disparaging comment to a black IT worker who was fixing his computer. 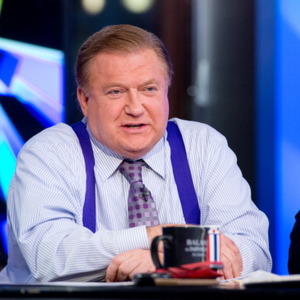