Bill Richardson Net Worth: Bill Richardson is an American politician who has a net worth of $7 million. Bill Richardson was born November 15, 1947, in Pasadena, California, he is best known for his term as the 30th Governor of New Mexico, from 2003 to 2011. Being of half Anglo-American and half Mexican descent, Richardson grew up in Boston, Massachusetts and lived and worked in Mexico City.

As a student, he was educated at the Tufts University, first earning a BA in French and political science, and then a MA degree in international affairs. Equipped with solid knowledge, he went on to spend almost his entire career in public service, as a United States Congressman, Ambassador to the United Nations, Secretary of Energy, and eventually as Governor of New Mexico. A Democrat from New Mexico, Richardson was elected to the U.S. House of Representatives in 1983, spending a little more than 14 years in Congress. There, he was working close with Bill Clinton, who subsequently sent Richardson on various foreign policy missions. These missions in turn, fetched Richardson three nominations for the Nobel Peace Prize. After he spent his one year term as an US Ambassador (1997-1998) in Afghanistan, Richardson was officially confirmed by the Senate to be Clinton's Secretary of Energy on July 31, 1998. In that position, in which he remained until 2001, he set aside more than 20,000 acres for wildlife preservation, helped to stem rising oil prices, as well as ushered in a program to remove from the Colorado River 10 tons of radioactive material. In 2002 Richardson successfully ran for the governorship of New Mexico, a post that he held for 2 terms. But it was in 2008, when his career was tainted. A month after he was nominated for the cabinet-level position of Commerce Secretary in the first Obama administration in November of 2008, an investigation against Richardson was carried out for possible improper business dealings in New Mexico. Even though the investigation was later dropped, it damaged Richardson's political career, as his second and final term as New Mexico governor concluded.

Post-gubernatorially, Richardson can be seen holding several key positions, most recently as Chairman of the Board of Directors of Car Charging Group. As for his off-side engagements, like supporting philanthropic causes and non-profitable organizations, they are so numerous that take a substantial part of his resume. 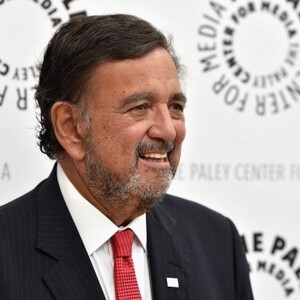