Beto O'Rourke net worth: Beto O'Rourke is an American politician and businessman who has a net worth of $9 million according to his most recent Congressional wealth disclosure. He owns at least $3 million worth of real estate and at least $6 million worth of other investments. Beto O'Rourke was born in El Paso, Texas in September 1972. He is a Democrat who earned his BA from Columbia University. Beto O'Rourke served as a member of the El Paso city council from the 8th district from 2005 to 2011. He became a member of the U.S. House of Representatives from Texas's 16th district in 2013. O'Rourke was the Democratic Party nominee for the 2018 Texas U.S. Senate race against Republican incumbent Ted Cruz. He is a musician who was a member of the band Foss. He co-founded the internet services and software company Stanton Street Technology. O'Rourke has served on the Committee of Armed Services and the Committee on Veterans' Affairs. He has been supported by celebrities including LeBron James and Willie Nelson. He is a member of the new Democrat Coalition which is centrist or moderate.

Is Beto's wife a billionaire heiress? Beto O'Rourke has been married to Anne Sanders since 2005. Together they have three children. In an October 2018 profile of Beto, the New York Times referred to his father-in-law William Sanders as a "billionaire real estate developer". Follow up articles by other less-credible news sites somehow magically estimated that William had a net worth of $20 billion. That would be news to us. We do not currently rank William Sanders on Celebrity Net Worth, but if we did he would certainly not be a billionaire. William Sanders founded a company called International Development Corp in 1966. In 1968 he relocated the company to Chicago and renamed it LaSalle Partners. Over time the company morphed into what is known today as Jones Lang LaSalle. Sanders sold his stake in the firm in the 1980s for $65 million, roughly $165 million after adjusting for inflation. Several years after selling his stake, Sanders created a new company called Security Capital Group, headquartered in Santa Fe. The Real Estate Investment Trust eventually went public and by 2000 had an estimated $25 billion in assets under management. Sanders sold this company to G.E. Capital in 2002 for $4 billion in cash plus the assumption of $1.4 billion in debt. His personal cut of the sale was $250 million. Not ready to hang up his spurs, Sanders sold 86% of a third company in 2012 for $886 million. His cut of that sale was $22 million. Clearly he has been extremely successful, but the numbers don't quite add up to billionaire status. In late 2018 Forbes pegged William Sanders' net worth at $500 million. Plenty of money to bankroll his son-in-law's Presidential dreams, but not enough to make his daughter a billionaire heiress. That's especially true when you consider Amy has a living mother and four siblings! 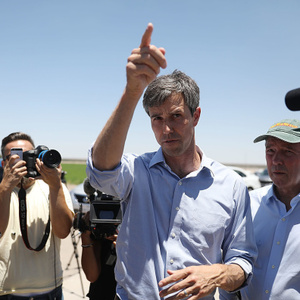