Ben Nelson Net Worth: Ben Nelson is an American politician who has a net worth of $12 million. Born Earl Benjamin Nelson on May 17, 1941, in McCook, Nebraska, he was a U.S. Senator from Nebraska, serving in the period from 2001 to 2013. Once he earned his J.D. from the University of Nebraska Lincoln in 1970, he got a job as assistant general counsel for Central National Insurance Group of Omaha.

Over the years, he made both his name and money in the insurance industry before eventually entering politics. He first got himself into politics in 1990 when he was elected as Governor of Nebraska. After he was re-elected in 1994, Nelson found himself making a futile bid to run for an open seat in the U.S. Senate in 1996, losing to Republican incumbent Chuck Hagel. He decided to leave the Governor's office in January 1999 because of term limits, after serving two full terms. Ben Nelson got elected to the U.S. Senate in the 2000 election once occupant Bob Kerrey retired. Having announced on December 27, 2011 that he would not seek a third Senate term in 2012, he got succeeded by Republican Deb Fischer. 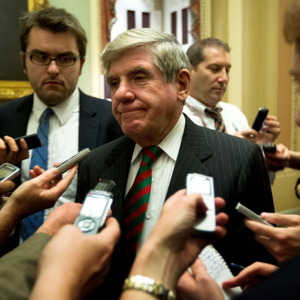