What is Arianna Huffington's Net Worth and Salary?

She is also famous for her close involvement in a range of other companies, including Uber, Thrive Global, Onex, and Global Citizen. An accomplished writer, Arianna Huffington has published numerous best-selling books.

Ariadnē-Anna Stasinopoúlou was born on July 15th of 1950 in Athens, Greece. Both of her parents were involved in journalism and writing, and she was raised alongside one sister. She moved with her family to the United States at the age of 16, and eventually studied at Cambridge. She was elected the president of the Cambridge Union, becoming one of the first foreign, female students to do so.

After spending time studying in India, Arianna Huffington moved back to the west in the early 70s and began a relationship with author Bernard Levin. The two spent time traveling through Europe, appearing in TV shows together, and writing books. During this early period, Levin helped Huffington write her first books. When Arianna Huffington turned 30, she knew that she wanted to start a family. Because Levin didn't want children of his own, Huffington left him and moved to New York City.

Huffington first gained notoriety in the 1970s after publishing The Female Woman, a book that attacked the female liberation movement. In the 80s, she went on to write a number of biographies. After marrying Michael Huffington, she became involved in US politics and started writing for the Emmy award-winning Politically Incorrect, a late-night talk show.

Arianna Huffington then made headlines after leading The Detroit Project, an initiative that encouraged auto manufacturers to start operating on alternative fuels. In 2003, she ran against Arnold Schwarzenegger for Governor of California. Although Huffington made vicious attacks against Schwarzenegger during the campaign, she eventually dropped out with only 2% of the population planning to vote for her. Her name remained on the polls, and she received 1% of the vote.

In 2005, she co-founded The Huffington Post, joining Andrew Breitbart, Kenneth Lerer, and Jonah Peretti to create what was initially envisioned as an alternative news platform. Initially, The Huffington Post published content from both unpaid bloggers and staff writers. Although Arianna Huffington had previously been outspoken in her support for the Republican party, The Huffington Post is actually quite supportive of the Democratic party. In 2012, the news platform won a Pulitzer Prize, becoming the first commercially-run media enterprise to do so.

In 2016, Arianna Huffington founded Thrive Global, an enterprise aimed at providing help for dealing with stress and other issues. The company releases a number of podcasts to help those struggling with these problems.

In addition, Arianna Huffington has appeared in various TV series, including The Cleveland Show, Family Guy, Any Questions?, Call My Bluff, Face the Music, and Real Time With Bill Maher.

In 2011, AOL bought The Huffington Post for $315 million dollars. With the transaction Arianna Huffington became president and editor in chief of The Huffington Post Media Group. At the time of the sale, Arianna owned 30% of the equity of her website, giving her a pre-tax payday of roughly $100 million.

In 2015, AOL was acquired by Verizon Wireless for $4.4 billion, and The Huffington Post website became part of Verizon Media. Thrive Global is another notable company with Huffington at the helm as CEO. After raising an additional $30 million in funding in 2017, Thrive Global achieved a new valuation of $120 million. 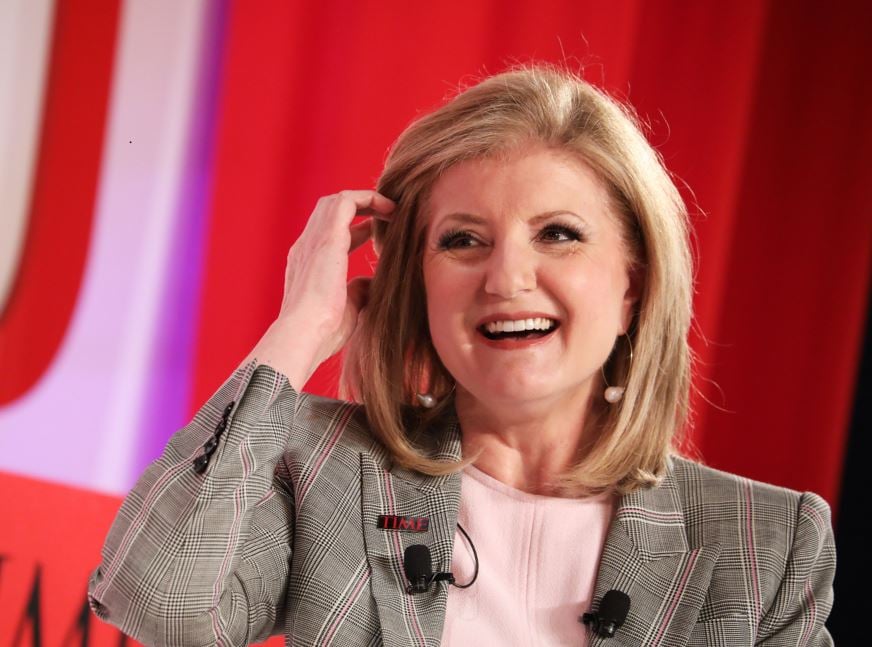 Arianna Huffington's long and successful career as a journalist and author has not gone without controversy. On a number of separate occasions, she has been accused of plagiarism by various writers and researchers. After publishing Maria Callas in 1981, a biographer came forward and suggested that Huffington had borrowed heavily from his own work. The writer, Gerald Fitzergald, was paid a five-figure sum by Huffington out of court as a result.

Huffington's 1988 biography on Pablo Picasso, Picasso: Creator and Destroyer, also met with accusations of plagiarism. Art history professor Lydia Gasman of the University of Virginia claimed that Huffington had stolen "20 years of her work," including parts from her unpublished Ph.D. thesis. Professor Gasman never officially filed a suit in court, however. Another notable incident occurred after Huffington's The Gods of Greece published in 1993. Maureen Orth, who wrote in her book The Importance of Being Famous that Huffington had "borrowed heavily" from others to create the book.

In 1985, Arianna met Michael Huffington, an American Republican politician and oil millionaire. One year later, they were married. After moving to Santa Barbara, California, Michael Huffington won a seat in the U.S. House of Representatives. Michael comes from an extremely wealthy family that made a fortune from oil and natural gas interests in Indonesia. He also launched and sold a merchant bank for a healthy windfall.

In 1994 Michael ran against Diane Feinstein for a seat in the US Senate. At the time he disclosed his personal net worth was $75 million, which is the same as around $130 million in today's dollars. Incredibly, Michael proceeded to spend $28 million – roughly 40% of his net worth, on his campaign. At the time it was the highest amount spent on a non-presidential election in American history. Michael ended up losing to Feinstein by 1.9%.

Arianna Huffington did not become a naturalized US citizen until 1990. Huffington describes herself as an intensely spiritual person, and she spent time exploring different religious beliefs in India. She has become romantically and spiritually involved with a number of new age, spiritual leaders, including Werner Erhard and John-Roger Hinkins. She has also published books on the subject of spirituality.

In 1997, Arianna Huffington purchased an 8,000-square-foot Brentwood home for $4.1 million following her divorce. The property is reportedly protected by an electric fence, and Huffington's office is hidden behind a sliding bookcase. In 2013, it was reported that Huffington had purchased an $8.1 million apartment in the affluent SoHo neighborhood of Manhattan. The 4,177-square-foot apartment features stainless steel appliances and a marble bathroom. 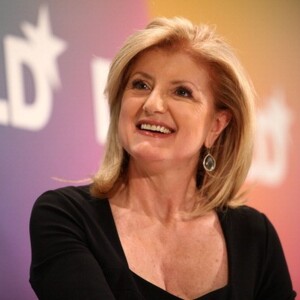