What is Alexandria Ocasio-Cortez's net worth and salary?

Alexandria Ocasio-Cortez is an American politician and educator who has a net worth of $200 thousand. In 2018 she was elected as a member of the United States Congress. Also known by her initialized acronym "AOC", she began serving in January 2019. She represents New York's 14th Congressional district.

When she was five, the family moved to the suburban neighborhood of Yorktown Heights. She attended Yorktown High School where she was a very intelligent student. She came in second in the microbiology category of the Intel International Science and Engineering Fair in 2007.

After finishing high school, she enrolled at Boston University While she was a student, she served as an intern for U.S. Senator Ted Kennedy and also helped her family deal with a lengthy probate battle to settle her father's estate following his death during her second year of college. She has said both experiences had a large impact on her. In 2011, Ocasio-Cortez graduated with a Bachelor of Arts degree in international relations and economics.

After college, Ocasio-Cortez started a job as a bartender and waitress in order to help her mother from getting her house foreclosed on. She then launched Brook Avenue Press, a publishing firm that portrayed the Bronx in a positive light, and also worked for the nonprofit, National Hispanic Institute.

In 2016, Ocasio-Cortez worked as an organizer for Bernie Sander's presidential campaign. She then traveled across the United States visiting places like Flint, Michigan and the Standing Rock Indian Reservation in North Dakota in order to speak to the residents affected by the water crisis and the Dakota Access Pipeline. She was inspired by the activists working in these locations, as it was at this point that she realized politics was more accessible than she had thought. Soon after, she got a phone call from Brand New Congress, an organization that was recruiting progressive candidates. 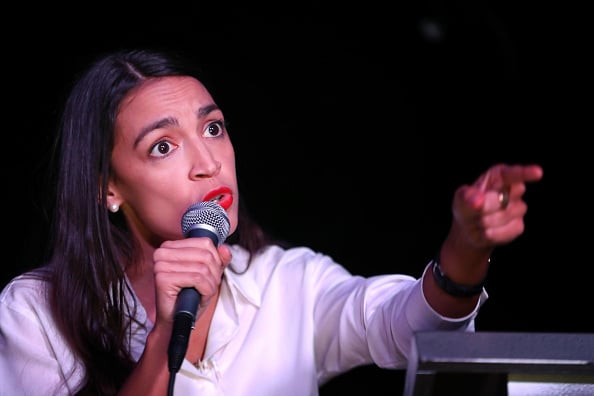 In April of 2017, Ocasio-Cortez began her campaign while also working at a taqueria in Union Square, New York City. She was the first person since 2004 to challenge Joe Crowley, the Democratic Caucus Chair, in the primary race. Because she was grossly underfinanced in comparison to Crowley, she had to rely on a strong grassroots mobilization campaign and made the decision to not take donations from corporations. Crowley did not participate in the only scheduled debate of the race and the two only met face-to-face once during the entire race. Ocasio-Cortez benefited from a number of endorsements from organizations like MoveOn and Democracy for America while most notable political figures endorsed Crowley.

Ocasio-Cortez earned over 57% of the vote during the primary election. "Time" called it the biggest upset of the 2018 election so far, with other news outlets making similar statements. She was outspent by a margin of 18 to 1. She then went on to face the Republican nominee Anthony Pappas in the November 6 general election. Pappas did not actively campaign and Ocasio-Cortez was widely endorsed by progressive organizations, former President Barack Obama, and Senator Bernie Sanders. She won 78% of the vote and became part of the broader Democratic victory in the 2018 midterm elections, allowing the Democrats to gain control of the House of Representatives.

Her win garnered a large amount of media attention. At age 29, she is the youngest woman to ever serve in the United States Congress and also the youngest member of the 116th Congress. She continued to receive high attention throughout her first years in office, even on par with that of the 2020 presidential candidates. She is part of an informal group of progressive members of Congress called "The Squad," which also includes Ilhan Omar, Ayanna Pressley, Rashida Tlaib, Cori Bush, and Jamaal Bowman. The group represents some of the youngest and most progressive members of Congress.

In terms of her political positions, Ocasio-Cortez is a member of the Democratic Socialists of American. She supports various progressive policies like single-payer Medicare for All, tuition-free public college and trade school, cancelling outstanding student debt, guaranteed family leave, abolishing U.S. Immigration and Customs Enforcement, privatized prisons, and more strict gun control policies. She also has been vocal about much more progressive environmental reforms and has described climate change as a massive security threat to the United States as well as worldwide civilization in general. Her environmental planned, called the Green New Deal, advocates for a transition to an electrical grid that runs on 100% renewable energy and calls for the end of the use of fossil fuels. She also has proposed various new tax plans that would impose greater taxes on the wealthy in order to help fund the Green New Deal. Additionally, she has been vocal about granting citizens of Puerto Rico further civil rights, including voting rights and disaster relief.

Ocasio-Cortez is Roman Catholic. While running for office in 2018, she resided in the Bronx with her partner, Riley Roberts, who works as a web developer. She reported that following the 2021 United States Capital attack, she has been in psychotherapy to cope with the aftermath.

The Center for Responsive Politics ranked her as one of the least wealthy members of the 116th Congress. 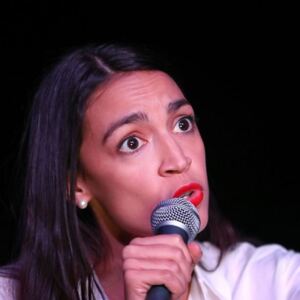