Alan Grayson net worth: Alan Grayson is a member of the Democratic Party and a significant name in the 9th congressional district in Florida who has a net worth of $17 million. His life has a very impressive evolution. He was born in Bronx in 1958 by Ann Dorothy and Daniel Grayson. In 1975, he graduated from Bronx High school of Science. For 3 years, he worked through Harvard College as a security officer. In 1983, he earned a Juris Doctor from Harvard Law School and a Master of Public Policy from the John Kennedy School of Government. That was the moment that started his real career as lawyer.

Later on, in 1991 he founded the law firm called Grayson & Kubli whose main target was concentrating on government contract law. In 2006, a Wall Street Journal reporter described him as, waging a one-man war against contractor fraud in Irak and as a, fierce critic of the war in Irak".

He made his immense fortune as the first president of IDT Corporation. In 2006, he first entered electoral politics, losing the 2006 Democratic primary. But he would never give up. As a result of this, he tried again in 2008 and he won the 8th district seat defeating Keller. Today, he is well known for his talent to make incendiary comments about Republicans. While pursuing the whistleblower cases, he worked from a home office in Orlando where he lives with his wife and 5 children. In 2013, he was ranked as one of the wealthiest member of Congress. Grayson was defeated by Patrick Murphy in the Democratic primary for the Senate election in 2016. 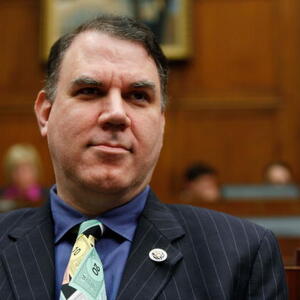