What is Al Franken's Net Worth?

Al Franken is an American comedian, actor, writer, and politician who has a net worth of $10 million. Franken started his career in the entertainment world in the 70s before transitioning toward politics in the 2000s. Al received seven Emmy nominations and three wins for his work on "Saturday Night Live." He worked on the show from 1975 to 1980 and then again from 198 to 1995. Franken then left the show in 1995 after losing the "Weekend Update" hosting job to Norm Macdonald.

He first became known for his political activism with "The Al Franken Show" before becoming elected to the United States Senate in 2008 in an extremely narrow victory against Republican incumbent Norm Coleman. However, his senatorial tenure would eventually end 10 years later amidst a sexual harassment controversy.

After being forced to resign, Franken went back to radio and hosted the "Al Franken Show" on SiriusXM radio. In 2021, he embarked on a comedy tour, doing stand-up for the first time since entering the Senate back in 2008.

Franken had exhibited a love for performing as early as high school, when he teamed up with Tom Davis for various comedy projects. The pair performed on stage together in Minneapolis, and their act mainly focused on political satire. After leaving university, the pair found themselves in Los Angeles, although they struggled to find success in those early years.

Franken and Tom were eventually hired as the two original writers for "Saturday Night Live," which premiered in 1975. Occasionally, the pair would also perform on the show as well. Al's first stint with "SNL" lasted for five years, and he later returned in 1985 for another 10-year stint. During this period, Al was nominated for an Emmy Award 15 times, winning five times for writing and producing. During this period, he became famous for portraying characters such as Stuart Smalley. Tom and Al also teamed up to write a number of scripts for movies like "One More Saturday Night." The pair booked acting roles in a few movies as well, such as "All You Need Is Cash" and "Trading Places."

Franken's first stint at "SNL" ended in controversy, as he mocked NBC's president Fred Silverman and was subsequently booted off the show. However, he eventually returned in 1985, writing and performing for the show over the next 10 years before ultimately leaving in protest when he was replaced as "Weekend Update" anchor by Norm McDonald. Franken later admitted to using cocaine during his time as a comedy writer, although he quit when close friend John Belushi died of an overdose. 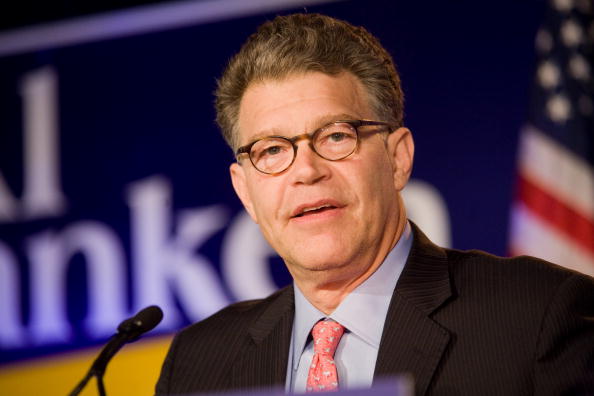 Al and Tom were recruited as two of the original writers for a new comedy show debuting on NBC in 1975 called "Saturday Night Live". In the first season, Tom and Al split a $350 weekly salary.

After leaving "SNL," Franken published a number of well-received books and continued to write various scripts. He also booked a number of acting roles during this period. In 2004, he started to turn his attention towards more political topics when he started hosting the radio show "The Al Franken Show." However, Franken had already established a reputation as a political activist before this time.

In 2007, he left radio and ran for Senate. He eventually won a seat in an extremely narrow victory of just a handful of votes. During his time as Senator, Franken developed a reputation for being an extremely effective member of the democratic party, while he was also able to work effectively with Republicans and more right-leaning groups when needed.

In 2017, a woman named Leeann Tweeden claimed that Franken had kissed her without consent back in 2006. These allegations were widely circulated by right-leaning media groups. Photos from that period later showed Al Franken "miming" groping Tweeden's breasts while she was asleep, although no physical contact was seen in the image. In his defense, Al claimed that he didn't remember the incident but apologized anway.

Over the next few days, a slew of additional women came forward with their own sexual harassment allegations against Franken, many of them claiming that they had been groped while posing for pictures with Al. The Senate Ethics Committee later launched an official investigation into Franken's conduct, and several groups called for his resignation while additional allegations continued to surface. In the end, Al wasn't even given the chance to tell his story before the Ethics Committee and was forced to resign.

A few years passed, and it soon became clear that there were certain inconsistencies with many of the accusations made against him, including those made by Tweeden. A number of Senators who called for his resignation later expressed regret at their actions, admitting that he wasn't given a chance to tell his side of the story. During this period, additional women were still coming forward with allegations against Franken.

According to Al's federally released financial disclosures, he had a net worth of $6.2 million when he entered the Senate in 2009. During his decade in public office, Al's net worth fluctuated between $5 and $9 million. 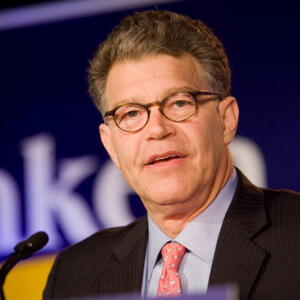