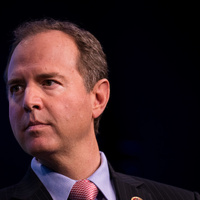 Adam Schiff net worth: Adam Schiff is an American politician who has a net worth of $2 million. Adam Schiff was born in Framingham, Massachusetts in June 1960. He is a Democrat who graduated from Stanford University and earned his JD from Harvard University. Schiff served as a member of the California State Senate from the 21st district from December 1996 to November 2000. He became a member of the U.S. House of Representatives from California in 2001. Adam Schiff served as a ranking member of the House Intelligence Committee from January 2015 to January 2019 and became the chair of the House Intelligence Committee in January 2019. He joined the House Appropriations Committee in 2017 but went on leave. Schiff has been on the United States House Foreign Affairs Committee. He has appeared often on many cable news networks including more than 200 appearances from January 2017 to February 2018.