He replaced Christina Romer as the Council's Chairman in September 2010. He also served as an advisor during Obama's 2004 Senate race and was his senior economic advisor during the 2008 Presidential election. On June 6, 2011 he resigned and returned to his teaching career at the University of Chicago. Goolsbee is currently the Robert P. Gwinn Economics Professor at the University Of Chicago Booth School Of Business. He attended Milton Academy followed by Yale University where he received a B.A. and an M.A. in economics. He then received his Ph.D. in economics from the Massachusetts Institute of Technology. He was an Alfred P. Sloan Fellow from 2000 to 2002 and a Fulbright Scholar from 2006 to 2007. During his days at Yale Austan was a member of the Yale Political Union and the Yale Debate Association. He married a former director of business development at MTV International Robin Winters on November 1, 1997. They have two sons and one daughter. During his career in Washington, he built a reputation for himself as a practical joker. He was even named the "Funniest Celebrity in Washington" in 2009. 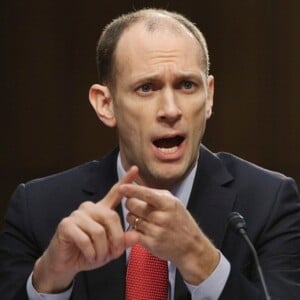