Anthony Weiner net worth: Anthony Weiner is an American politician who has a net worth is $750 thousand. Born in Brooklyn, New York, Anthony Weiner graduated from Brooklyn Technical High School, and the State University of New York at Plattsburgh with a degree in political science. He went to work for politician Chuck Schumer, and six years later, successfully campaigned to become the youngest councilman elected to the New York City Council.

In 1999, he was elected to the U.S. Congress. He was invested in middle class issues and was popular among middle class voters, spearheading legislation to improve education, health, and housing in multiple communities. He was known for being a very intense boss, and had extremely high employee turnover within his office. In 2011, he resigned from Congress amid a hailstorm of controversy, after he was caught sending sexually explicit images to women via his Twitter account. Republican politician Bob Turner subsequently replaced him. In August 2016, Weiner was caught in yet another salacious Twitter scandal. After this event, Weiner's wife Huma Abedin announced that she was leaving her husband once and for all. 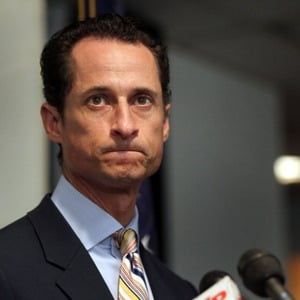