What is Angela Merkel's Net Worth?

Angela Merkel is a German politician and former research scientist who has a net worth of $11.5 million. Angela Merkel began serving as Chancellor of Germany in 2005. She was elected over and over until announcing in October 2018 that she would not seek a fifth term in 2021. Before this, she held a number of positions in government, including Minister for Women and Youth, Minister for the Environment, Nature Conservation and Nuclear Safety, General Secretary, and Leader of the Opposition. As chancellor, Merkel has been recognized as the most powerful woman in the world and the leader of the European Union.

Angela Merkel was born on July 17, 1954 in Hamburg, West Germany to Herlind, a teacher of Latin and English, and Horst, a Lutheran pastor. She has two younger siblings named Marcus and Irene. When Merkel was just a few months old, the family moved to Templin, where she grew up in the countryside north of East Berlin. Merkel had her first taste of politics in 1968 when she joined the Free German Youth, the official communist youth movement of the Marxist-Leninist Socialist Unity Party of Germany.

In school, she excelled in mathematics and Russian. Merkel went on to attend Karl Marx University, Leipzig, where she studies physics. After graduating, she studied and worked at the Central Institute for Physical Chemistry of the Academy of Sciences in Berlin-Adlershof. Merkel obtained her doctorate degree in quantum chemistry in 1986, and subsequently worked as a research scientist for a few years.

Political Career in the 90s

Merkel's political engagement was catalyzed in 1989 by the fall of the Berlin Wall. One month after this historic event, she joined the new East German political movement Democratic Beginning. In 1990, Merkel became the deputy spokesperson of the pre-unification caretaker government, led by Lothar de Maizière. That same year, she stood for election to the Bundestag, and gained her entry into parliament. From 1991 to 1994, she served as Minister for Women and Youth in the federal cabinet. Subsequently, Merkel was promoted to Minister for the Environment and Nuclear Safety, significantly elevating her platform. Her political cachet continued to rise in 1998, when she was appointed General Secretary of the CDU. Two years later, Merkel became the first female leader of a German party when she was elected as Chairperson of the CDU.

In 2002, Merkel became the Leader of the Opposition in the Bundestag. During her tenure through 2005, she championed a reform agenda for Germany's social and economic systems, and supported changes to German labor law. Additionally, she advocated for a strong German-American partnership, and came out in favor of the invasion of Iraq in 2003. 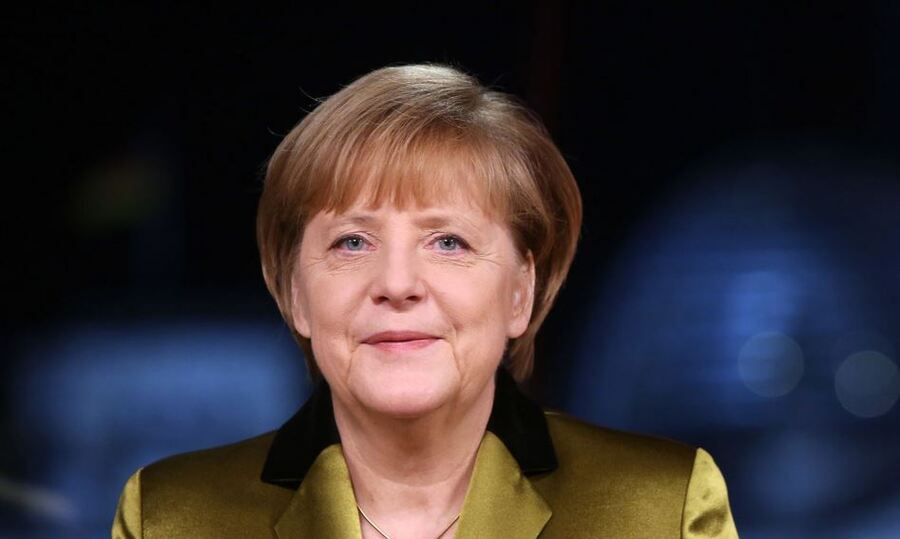 During her tenure as chancellor, Merkel has dealt with such events as the European migrant crisis, the German asylum government crisis, and the COVID-19 pandemic. On the side of foreign policy, she has emphasized international cooperation and the emboldening of transatlantic economic relations. In 2008, Merkel served as President of the European Council, playing an integral role in the negotiation of the Berlin Declaration and the Treaty of Lisbon. Around the same time, she also played a critical part in managing both the global economic crisis and Europe's own debt crisis. Later, in the 2010s, Merkel and her government received some criticism for their response to the migrant crisis, particularly their decision to suspend European provisions to asylum seekers. However, Merkel went on to become a staunch supporter of refugees, welcoming hundreds of thousands of Middle Eastern migrants to Germany.

In domestic policy, Merkel is known for her Energiewende program, which strives to phase out nuclear power in Germany in favor of low-carbon, renewable energy sources. When it comes to health care, Merkel has made many reforms to the Bundeswehr, and successfully navigated the COVID-19 pandemic. Merkel has announced that she will not seek a fifth term as chancellor in 2021.

Most Powerful Woman in the World

Throughout her tenure as chancellor, Merkel has been called the de facto leader of the European Union and the most powerful woman in the world. She is also the senior G7 leader. In a 2018 survey, Merkel was found to be the most respected world leader, and in 2019, was the commencement speaker at Harvard University. Additionally, she has received a myriad of accolades. On top of her honorary doctorates from prestigious institutions, she has won the Vision for Europe Award, the Jawaharlal Nehru Award, the Indira Gandhi Peace Prize, and the Elie Wiesel Award, among others.

While in college in 1977, Merkel married fellow physics student Ulrich Merkel; they divorced in 1982. Later, in 1998, Merkel wed quantum chemist Joachim Sauer, whom she had met in 1981.

Merkel is a major fan of football, and is known to listen to games while in the Bundestag. She is also a Lutheran member of the Evangelical Church in Berlin, Brandenburg, and Silesian Upper Lusatia. 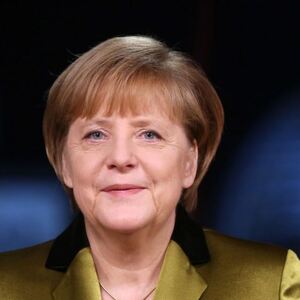